Remember the movie “Finding Nemo”? Nemo, a clownfish, used to live with plenty of other species together in their colorful home among the corals. It is possible that you may get the wrong idea that the corals are rocks or even colorful underwater plants. If so, you’d be surprised to know that corals are animals. They are similar to species such as jellyfish, they have tentacles just like them. However, they are sessile, meaning that they are firmly attached to the ground, and cannot swim in search of food. In this article we will see what are Corals and Coral Bleaching in detail.

Symbiosis between coral and algae 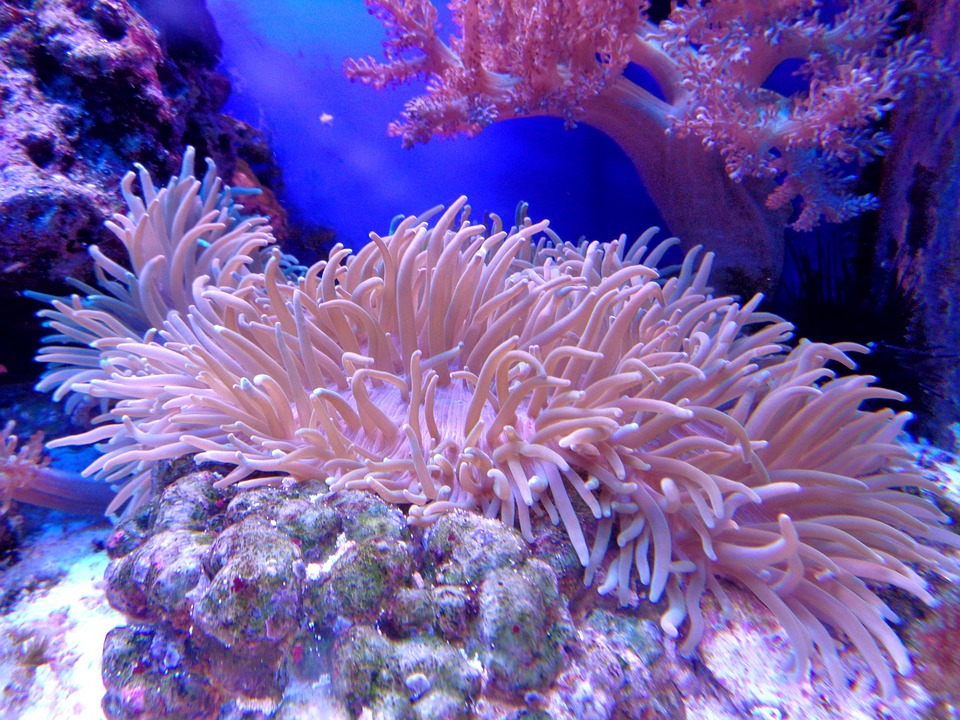 The well protected algae residing in the tissues of the coral, use the waste products such as carbon dioxide and ammonia from the corals and use it for various processes including photosynthesis to make their own food. Corals make use of the oxygen that is produced by the algae during photosynthesis. Most corals are filter feeders, which means that they feed on food that they come in contact with, which is usually tiny organisms called zooplankton. These zooplankton are not always available, and hence, the coral has to depend on the nutrients that the algae share with them. In fact, corals get 95% of their nutrients from the algae.

Corals are found in tropical regions with shallow water. (Question 1: Can you think of a reason why corals are not found in deeper tropical waters?)  With changes in water conditions such as temperature, acidity, salinity, etc,  the corals undergo stress and eject the algae out. Without algae,what remains are corals with an almost white or bleached appearance, and this phenomenon is called Coral Bleaching. Without the algae, the corals no longer get enough nutrients. Unless the water conditions return to normal, the algae cannot return and the corals die.

So, what’s the issue with (coral bleaching) corals getting bleached and dying? Coral reefs cover less than 2% of the ocean floor, yet almost 25% of marine species live within and around these reefs. Loss of coral reefs is a huge threat to marine diversity.

The huge coral reefs that you see are made up of tiny individual corals called polyps, interconnected to each other. Some species of corals are called hard-corals, and they secrete a hard substance called calcium carbonate that helps them get rooted to the ocean floor. When polyps die, they become part of that calcium carbonate rock structure and new polyps grow over them. On the other hand, soft-bodied corals are held together by a jelly-like substance and spicules that keep them together.

There are almost 800 species of corals and they vary in their appearance. There are corals that look like brains, called brain corals, corals that look like Japanese fans, called fan corals, etc. Together, these coral reefs provide shelter to a number of small fishes like shrimps, which in turn attracts larger fishes that live around them. Coral reefs are home to 6 of the 7 sea turtles species and more than 4000 species of fishes.

Benefits  to humans from corals

Coral reefs are immensely beneficial to humans. They provide abundant fish to fishermen. Moreover, coral reefs provide structural security to coastlines. The hard exoskeleton of calcium carbonate that they secrete is very heavy, hardly movable, and prevents large waves from getting to the coast, thus preventing erosion.

The Great Barrier Reef on the east coast of Australia, is the largest coral reef on the Earth. With climate change, these coral reefs are increasingly undergoing coral bleaching. An increase in global temperatures causes ocean temperature to rise. Wastewater runoff into the sea pollutes the water. All these factors cause great stress to the coral.

Corals also face a risk from ‘crown-of-thorns’ starfish that eat them. Changing water conditions can lead to an outbreak and an increase in numbers of these starfish that can devour these corals.

The only solution to saving coral reefs is to prevent climate change. Unless this happens anytime soon, there will be no coral reefs left and you will never get to go SCUBA diving to see these beautiful corals.

We have listed out some interesting articles for you so that you may learn more about corals.