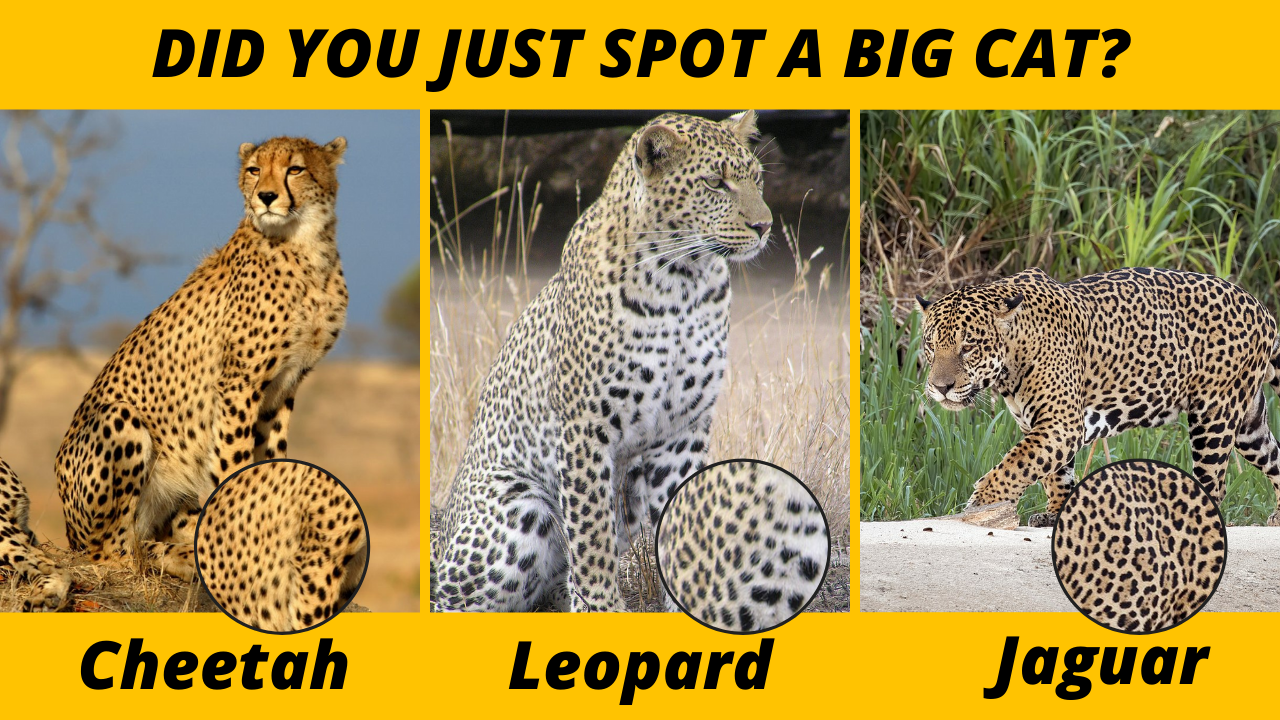 Did You Just Spot a Cheetah a Leopard and a Jaguar?

If I show you a picture of a lion or tiger, I am sure that you can easily identify them. But what if I show you some of the other big cats such as Cheetah, leopard, and jaguar? Will you be so sure? It is easy to get confused between them due to their similar appearance of spots.  Let us have a look at them. 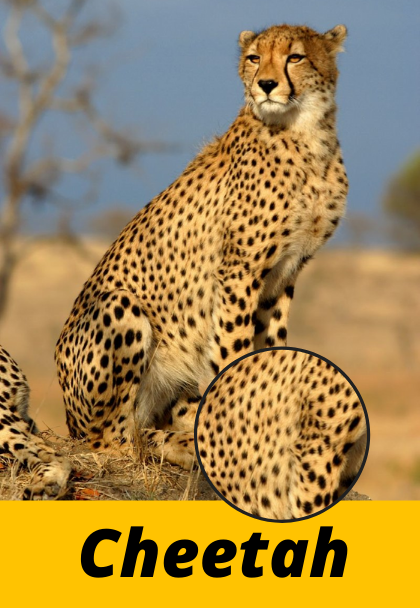 Cheetahs are the fastest land animals. They were once found in India, but now the Asiatic species of the cheetah are extinct. The Cheetah has solid spots which mostly round and about 2-3cm. As they are adapted to run fast, they have a streamlined body with a small face. Their preferred habitats include semi-desert regions, savannahs, grasslands, and thick bush.

One of the most distinguishing features of cheetahs is seen on their face. They have black colored ‘tear lines’ that run from the corner of their eyes, along the sides of the nose up till their mouth.

Unlike leopards and jaguars, the claws of the cheetah do not retract completely. This is another feature that enables it to run so fast. They run up to speeds of 120 kmph and latch onto their prey before killing them by strangulation. The preferred prey of cheetahs includes small antelopes, wildebeests, guinea-fowls, etc. Cheetahs can not climb trees.

Usually, they hunt in groups of two or three. Unlike the other big cats, they do not roar. They can only ‘purr’. 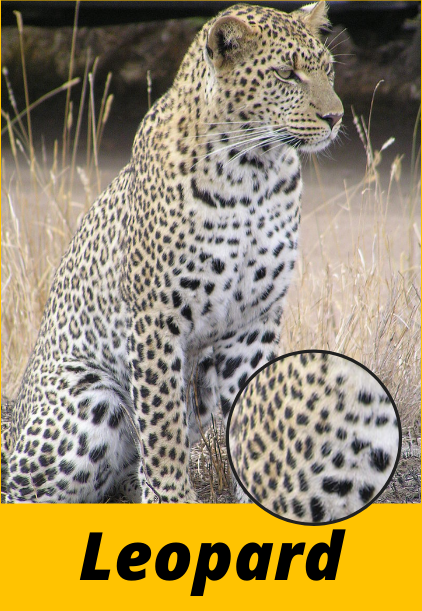 Leopards look similar to Jaguars and cheetahs but are smaller in size to them. They have spots that are inside polygonal rosettes. They are smaller than the spots seen on jaguars.

They can run at speeds of 60 kmph. They are mostly nocturnal and prefer to hunt alone at night. They grab the throat of their prey and kill it with a quick and powerful bite. Each leopard kills about 20 animals per year.

They are very good tree climbers and often take their prey onto trees to protect it from lions and hyenas.

Female leopards raise their cubs on their own and have two to three cubs at a time.

Leopards can roar, however, their roar sounds like a loud rasping cough and not exactly like the sound of the roar of lions. However, being solitary animals, they do not prefer to disclose their location by roaring and only roar when necessary. Each leopard has its distinguishing roar. 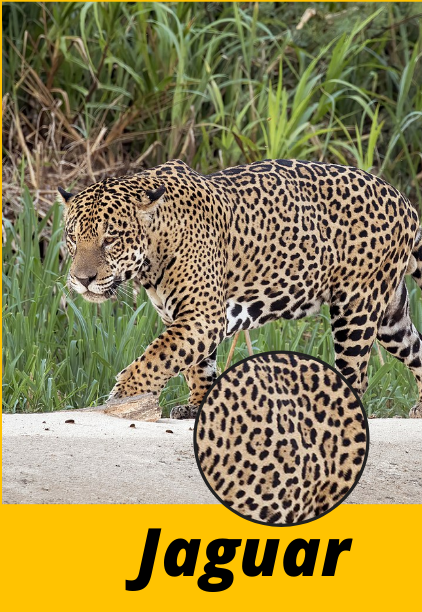 Each spot on a jaguar looks part of a rose and are called rosettes. The third-largest big cat after the lion and tiger is the Jaguar. Jaguars have the strongest bites. Jaguars can run up to 80 kmph. They can hunt anything from frogs and fishes to cows and deer. They are found in central and south America. Jaguars can climb trees but they do not prefer doing so as they are not as agile as leopards.

Jaguars too are solitary animals. They are good at climbing trees and often stalk and pounce upon their prey from trees.

Panthers are not a separate species. Any dark-colored jaguar or leopard is called a panther.

Next time you’re on a safari, be sure to notice all the characteristics of the animals and be prepared to identify them correctly! These are the difference between cheetah and leopard and jaguar and panther.

Difference between a Cheetah a Leopard and a Jaguar Infographic

Read the list of 7 Facts about Big Cats that make them look less Scary!

1. Read about the What is the True Colour of the Coronavirus?

5. Read about Why Do Fish Not Freeze in Cold Water?