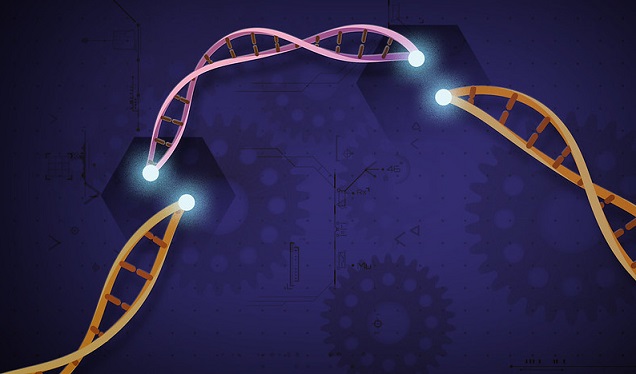 Described in early 2012 and 2013, CRISPR is one of the most revolutionary techniques in modern biological sciences.

What does CRISPR stand for?

CRISPR is an abbreviation that stands for Clustered Regularly Interspaced Short Palindromic Repeats.

What is CRISPR used for?

CRISPR Cas9 is a technology that is used to edit genomes.

What is the meaning of CRISPR technology?

CRISPR or CRISPR-Cas 9 technology is a set of gene editing technologies that allow scientists to edit the genome of an organism.  It may sound complicated, but the name itself explains it. Let us take a look at the acronym.

The ‘Short Palindromic Repeats’ represents short segments of DNA that are 20 to 40 base pairs in length. These DNA base pairs are represented by the letters A, T, G and C. You may know that a Palindrome is a word or phrase that can be spelt and read the same way backwards or forwards, like the word ‘MALAYALAM’. In the genome, a palindrome, for example, could be: ATTCGTCCTGCTTA.

Cas9 stands for CRISPR associated protein 9. The function of Cas9 is to chop up DNA guided by CRISPR sequences.

Is there anything special about spacer DNA?

While exploring CRISPR Gene Editing, scientists found out that that spacer DNA is identical to bacteriophage viral DNA. All viruses infect a living host; Bacteriophages are viruses that invade and infect bacteria.

What is the relation between CRISPR, bacteria and bacteriophage?

Single-celled organism such as bacteria get infected by a class of viruses called bacteriophages. To protect themselves from such external attacks, these bacteria have a defence mechanism by which they chop up the DNA of foreign invaders such as viruses.

How does this happen?

The bacterium recognizes the foreign DNA and makes “arrays”. When the ‘array sequence’ is recognized, the bacteria makes an RNA copy of the array DNA.. The RNA copy then goes and binds to the Viral DNA. Then, this complex of viral DNA and RNA from the bacterial genome is chopped up by a set of enzymes like Cas9.

In the future, when the same type of bacteriophage attacks, the bacteria immediately recognizes the viral DNA, as it keeps a copy of the array from the previous attack.

In the CRISPR Cas9 technology, this mechanism of bacteria to defend itself from viral infections, is used to chop up and edit genomes.

How does the CRISPR Cas9 system work?

Artificially, scientists create a special short piece of RNA that has a ‘guide’ sequence that goes and attaches itself to the target region of the DNA that is supposed to be chopped out. This special RNA sequence also binds to the Cas9 enzyme. Just as in bacteria, the RNA sequence is used to recognize the target DNA to be cut and the Cas9 enzyme does the cutting at the specific location. 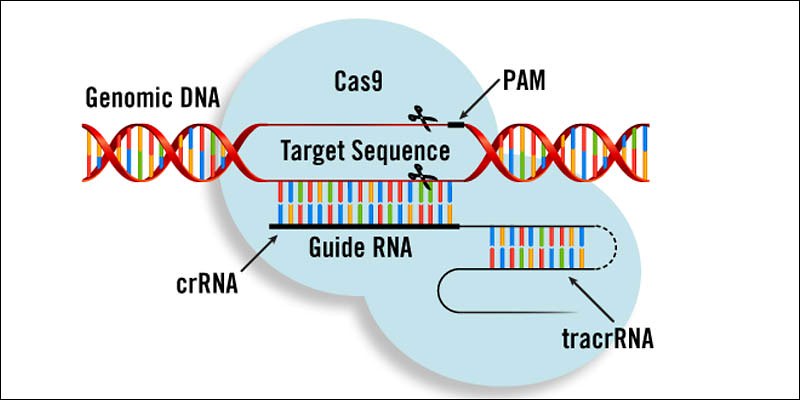 Is Cas9 the only enzyme that can be used?

Other enzymes such as Cas1 can also be used, but Cas9 is most widely used.

Where has CRISPR been used so far?

CRISPR has been widely used in laboratories on model systems to create various strains of animals, including transgenic lines of mice that express various diseases like Huntington’s Disease, Alzheimer’s Disease, etc.

How can CRISPR Cas9 technology be used for humans?

Many diseases like sickle cell anaemia, cystic fibrosis, haemophilia etc are caused due to a defect in the genes of a person. Currently, researchers are working on a way to edit the person’s genome to prevent these diseases.

What are CRISPR babies?

When CRISPR technology is used to edit the genome of embryos, what we get are called CRISPR babies.

What are the ethical concerns associated with CRISPR Gene Editing?

Well, if we could edit the genome of embryos and get babies that could be prevented from getting diseases, why are people against it? Recently, you may have heard of the first CRIPSR baby that was created in China. A Chinese scientist called He Jiankui claimed that he had manipulated the embryo by disabling a gene called CCR5 and had resulted in the birth of twin girls with HIV resistance. While doing do, he overlooked many of the existing rules of the scientific community. It has come under scrutiny that he may have caused other harmful mutations in the process that may affect the twins later in life.

The other concerns associated with CRISPR babies, is how ethical is it to use this technology to create other modifications in embryos such as changing their eye colour etc, which are not beneficial to the individual in the long term and only add aesthetic beauty.