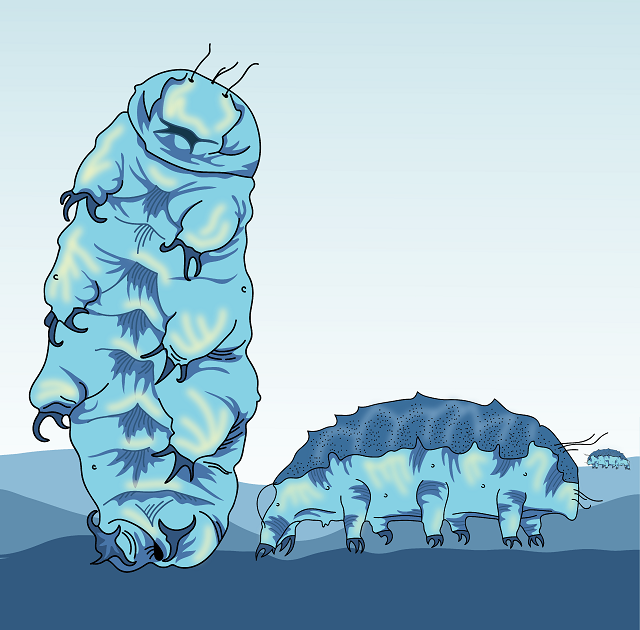 The word “Tardigrade” might sound unfamiliar to you, but these “water bears” or “moss piglets” as they are popularly known, have been around since about 500 million years.

They are microscopic in size, with a length of about 0.05 to 1.2 mm and prefer to live in freshwater. However, they are also found in many unlikely places such as on land, or deep below in the oceans. What makes them interesting is their ability to survive extreme weather conditions such as severe cold, intense dryness or desiccation and extreme pressures.

How do Tardigrades survive extreme conditions?

The survival mechanism of these Tardigrades, in conditions such as extreme dryness, is brought about by their ability to form a “tun”. A “tun” is a state that the Tardigrades transform themselves into by pumping out all the water from their body and rolling up into a tiny ball. During this process, they produce a special sugar molecule called ‘trehalose’ which is a disaccharide that envelops all the cell organelles along with the cell membrane making it impermeable.

This helps to keep the internal structure of the Tardigrade intact and helps from damage that would occur from dehydration. This process of turning into a glass-like impermeable substance is called “vitrification”.

During their “tun” state, the metabolic activity of the tardigrades almost goes down up to 0.01%, coming very close to death. This state is also called as “cryptobiosis”. Their transformation into this cryptobiotic “tun” state starts when it loses 99% of its water. In favourable conditions, when exposed to water, the tardigrade slowly rehydrates, comes back into its original form and then proceeds to feed themselves in order to make up for the energy reserves that they lost in the process of cryptobiosis.

Why are Tardigrades Unique?

Why aren’t other animals able to survive intense dryness? It has been found that certain proteins called’ ‘Tardigrade-specific intrinsically disordered protein’ or TDPs that help in the process of vitrification play an essential role in this desiccation tolerance mechanism of these organisms, without which they would just dry up and die.

It has also been seen that Tardigrades can survive the damage caused by exposure to X-rays. X-rays are capable of creating ions such as oxygen radicals and hydroxyl radicals that are highly reactive molecules. These radicals can break the bonds in DNA. DNA, as we know contains the genetic information of an organism, and any damage to the DNA renders the cell incapable of performing its normal functions.

Yet another unique set of proteins that Tardigrades possess is called ‘Damage suppressor proteins’ or Dsup. Dsup binds to the nucleosome structures that DNA are folded into and prevents breakdown of the DNA that would be caused by their exposure to the radicals.

What about extreme conditions such as Outer Space? 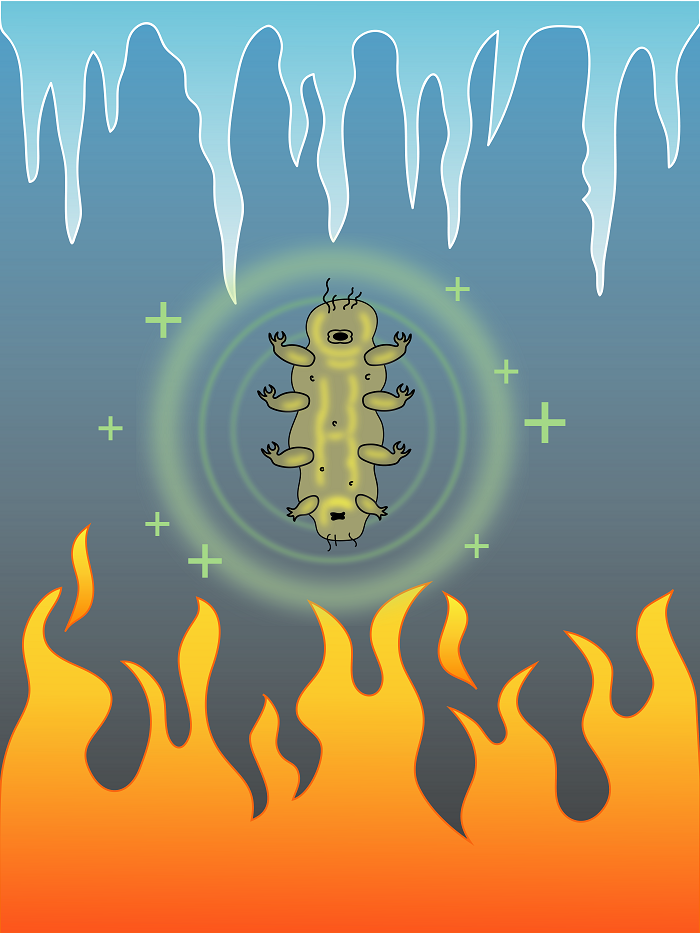 This year, on 11th April, a private Israeli spacecraft carrying a tiny library containing millions of pages of information, samples of human DNA and thousands of Tardigrades, crashed on the moon. Though all contact was lost with the spacecraft, it is very possible that the Tardigrades survived this crash and may, in the future be possibly revived under favorable conditions.

Now, next time, when you dream about being an astronaut and want to move to another planet, maybe along with your family, you know which animal you would want as a pet!

7. Read the Most Searched Google Question and Answers about Tardigrades!

Guriya Kumari is an illustrator at Starry Stories and is currently pursuing her bachelor’s degree course in political science. She is passionate about art and wants to acquire new trends in the art field along with personality advancement. Her goal is to create a unique artwork style of her own.