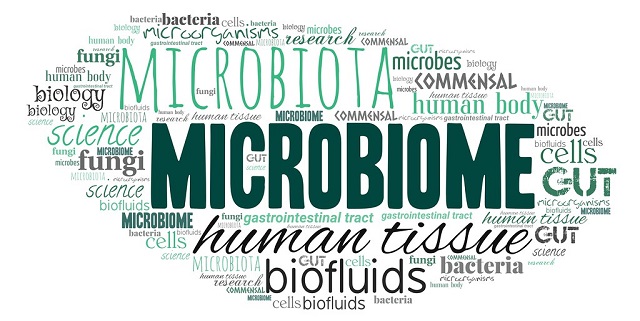 Learn about The Influence of Your Gut and the Gut Microbiome on Your Body & Behavior.

Introduction to the microbiome

Humans and these microorganisms share a symbiotic relationship with each other. These microorganisms gain nutrition from the human body and in return help us in many ways. They not only produce various metabolites that are useful for the development of the body, but also have an effect on how an individual behaves.

The more commonly-known functions of the gut include the digestion of food, processing of food, production of metabolites and some vitamins, digestion of substances that humans do not have enzymes for, protecting us from pathogens etc.

At birth, humans are born almost sterile, with no organism. Over time, the microbes start colonizing the gut. It has been found, that the route of delivery has an effect on the types of microbes colonizing the gut. The microbiota of children born through Caesarean-section varied vastly from the children born through normal delivery. The gut microbiome of children born through Caesarean section lacks the commensal bacteria Bacteroidetes that is commonly found in healthy children. Moreover, these babies also have harmful bacteria such as Enterococcus and Klebsiella in their gut which is commonly found in hospital environments.

Communication between the Brain and the Gut

Bidirectional communication between the gut microbiota and the HPA axis (Hypothalamus Pituitary Axis) takes place. The HPA axis is considered an important factor in bringing out major bodily responses to various stresses. It has been seen that depressed patients show a disruption in their gut microbiota. The Vagus nerve is the longest cranial nerve and innervates the gut. The Vagus nerve can sense the microbiota and send this information to the central nervous system where it can be processed and an appropriate response to a condition such as a digestive issue can be carried out. Many of the brain’s neurotransmitters such as serotonin and dopamine are produced in the gut.

BDNF and the gut microbiome

BDNF or Brain-Derived Neurotrophic Factor plays an important role in the growth and survival of neurons. Brain plasticity is the ability of the brain to adapt to changes by changing and strengthening the connections between neurons. BDNF plays an important role in maintaining brain plasticity. It has been found that BDNF concentrations are highest in the areas of the brain associated with learning, memory and high order cognitive functions. The BDNF levels in the brain are said to be affected by the metabolism of short-chain fatty acids by microbes in the brain.

Inflammatory Bowel Disease (IBD) is a disease closely linked to the gut microbiome that leads to the swelling of the gut. This happens due to microbial dysbiosis (there is an imbalance in the normal ratio of the different constituent bacteria). Microbes such as Basidiomycota, Ascomycota and Candida albicans are seen in increased quantities in people suffering from IBD.

Cognition is the mental action or process of acquiring and understanding through thought, experience, and the senses. In many studies, it has been seen that in germ-free mice (mice that do not have any microbes in their gut) there is a cognitive deficit as compared to normal mice. Similarly, in diseases such as Alzheimer’s where the individual loses cognitive function, a change in the gut microbiota has been seen.

The gut microbiome and behaviour

Microbes have also been implicated in the sociability of a person. Disease such as Autism Spectrum Disorders lead to changes in the social interactions of the person and a lack of communication.

Diet: The gut microbiome is very susceptible to changes in diet. The microbiome of a vegetarian is vastly different from a non-vegetarian.

Stress: Stress has been seen to also influence the types of microbes in your gut.

Antibiotics use: Antibiotics play a very important role in deciding the population of the microbes in the gut. Those individuals who have taken antibiotics on multiple occasions have far fewer types of microbes than those who have not.

Environment: The surroundings around you also play an important role in deciding the composition of your microbiota.

Read about 10 Interesting Facts About the Gut Microbiome