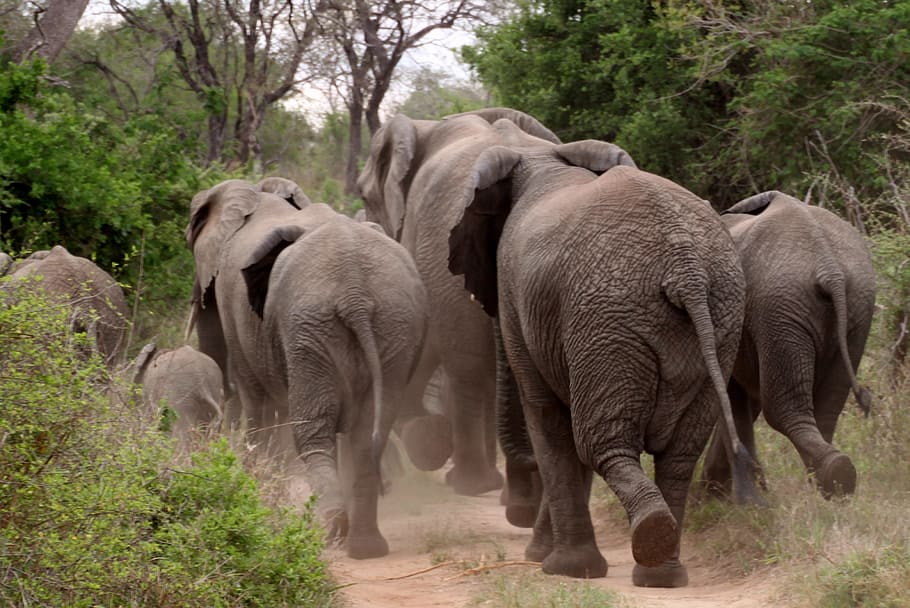 Legend has it that animals can sense earthquakes long before they actually happen. Ancient Chinese and Japanese stories mention unusual animal behaviors, such as gathering of mice in the emperor’s court to warn him about an upcoming earthquake. Other stories such as of dogs barking uncontrollably, chickens that stop laying eggs, farm animals that act unusual and refuse to stay in their sheds, birds that fly away, etc, just before earthquakes are also common. Whether animals do sense earthquakes before they happen or not is debatable. There is no full-proof reproducible study done on it, but there are many theories on how they might be able to detect the earthquake beforehand.

Before we try to understand how animals may detect them, let us have a look at it how earthquakes happen and the various movements that accompany them.

How an Earthquake Happens

The surface of the Earth is called the crust. The crust is not one giant piece but made up of many pieces called tectonic plates that are always moving. The rate of movement of the plates is not the same and some plates move faster than the others; on average plates move about 15 cm per year. When edges of the plates collide with each other, they bump into each other or when one plate drags along another plate with it, energy is released, which causes the earthquake. Millions of such earthquakes happen every year, but most of the earthquakes are too small for us to feel.

Earthquakes originate beneath the surface, and the point of origin is called the hypocenter. Corresponding to it, the point directly above on the surface of the crust is called the epicenter and the earthquake is strongest at this point. Shock waves or seismic waves are generated that travel through the ground, and it is the waves that cause the shaking of the ground and collapse of buildings. Some earthquakes are preceded by smaller earthquakes called foreshocks that occur before the biggest earthquake, and smaller aftershocks that occur after the biggest earthquake.

There are different types of ground waves or seismic waves that are generated during an earthquake: ones that occur on the surface of the crust and the ones that occur below.  P waves and S waves are waves that occur on the surface. P waves or primary waves are the fastest traveling waves. The S waves or secondary waves travel slower than the P waves. At the epicenter, you would feel both the P waves and the S waves at the same time. However, as you move away from the epicenter, you would experience the P wave first before the S wave.

Now that you know a little about earthquakes, remember and keep the following terms in mind : Fore shocks, P waves, S waves, Electromagnetic changes, Infrasonic sound waves. Let us look at some of the theories that try to explain how animals detect earthquakes before they happen.

The strength or magnitude of an earthquake is measured using the Moment Magnitude Scale (previously known as the Richter’s scale). Earthquakes that have a magnitude below 4.0 are not usually detected by humans, however, some animals are much more sensitive to these changes in the ground and can detect them. If such low magnitude earthquakes occur as foreshocks before the actual earthquakes, then it may be one of the reasons why they start behaving unusually or become active before we feel the massive earthquake.

As we move further away from the epicenter of the earthquake, the time between the arrival of the P waves and the S waves increases. Sensitive animals may detect the P waves and start behaving unusually and run to safety before the damage-causing S waves arrive.

Migratory birds have been found to have magnetodetection senses. They have ‘magnetite’ near their upper beaks, which helps in magnetodetection. Magnetite is a rock that is the main component of iron ore. This magnetite, just like purified iron, is attracted to magnets. Further, magnetite can itself be converted into a magnet. This helps them detect changes in electromagnetic waves, like the ones that may happen before an earthquake.

The other magnetodetection sense in the birds is based on light-dependent proteins called cryptochromes, in the bird’s eyes. These proteins help them detect magnetic fields under blue light conditions. After the electromagnetic detection, changes take place inside the bird at the cellular level.  There is a huge rush of calcium inside the cell, and the production of ATP, i.e the energy currency increases greatly. This happens in actin and myosin proteins of the muscle and leads to the change in the flight direction by changing the muscle activity of the flying birds. A similar mechanism to warn the birds of an upcoming earthquake that signals them to fly towards safety is speculated to occur.

Many animals such as elephants, whales, giraffes, and alligators can hear infrasound, and the infrasonic waves that are generated during the earthquake may aid them in detecting earthquakes.

It is important to note, however, that animals do not know that an ‘earthquake’ specifically is about to happen, but they take it as a warning sign of an impending danger and try to run to safety.

One study in Italy found that on a farm domesticated cattle showed an unusual amount of activity just before an earthquake. There have been reports of wildlife running away from the coastline before the Tsunami in India in 2004. Can scientists harness the power of studying animal behavior to predict earthquakes?

The difficulty in such a study is that there is an inconsistency in animal behavior; they don’t behave differently before every earthquake, it is entirely possible that the unusual behavior of the animals and the occurrence of the earthquake are a coincidence. Moreover, it would be difficult to study the behavior of animals all around the world at all times, if one were to expect that an earthquake could happen anywhere. We do not know how far in advance the animals would be able to predict an earthquake. If in the future, we are indeed able to successfully track animal behaviors and understand the mechanism by which they get warned, it would greatly help in mitigating disaster.