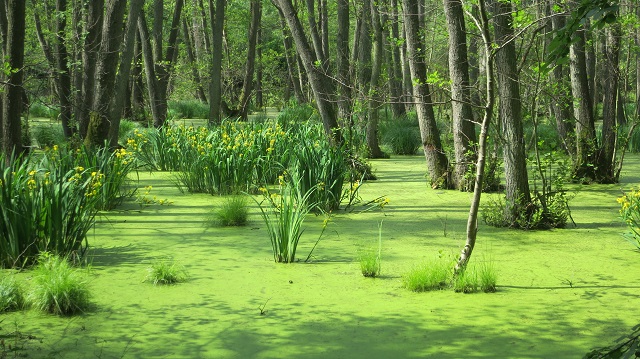 One of the most amazing things in life is seeing how plants have evolved from simple, single-celled organisms into the beautiful and diverse plants that we know today. What’s even more incredible is that there are still many secrets to be uncovered about plant evolution! Let us explore how plants became what they are today.

The evolution of plants is thought to have started around 500-600 million years ago. The earliest forms were simple, single-celled organisms, and the evolution was a slow process – they would develop new traits over time but then die out because their changes weren’t enough to help them survive in an ever-changing environment. These were known as ‘algae’, which we can see even today in stagnant water bodies such as lakes, ponds, or standing water.

Then evolution sped up about 250 million years ago and plants began to develop a way they could move, known as motility. They would use this method of locomotion in order to find food or escape from predators. This was when we started seeing two different kinds of plant evolution: those that were stationary organisms such as trees, ferns, mosses, etc., which never developed the ability to move; and then there are mobile plants like grasses and other herbaceous perennials who did evolve the capability for movement because it helped them get access to more resources (and avoid being eaten!).

A step up from algae- Bryophytes

The next forms of plants had just leaf-like and stem-like structures that were multicellular. They however did not have true stems of leaves which were called ‘bryophytes’. These are also known as the ‘amphibians of the plant kingdom’ as they are found in moist and damp places and need both land and water to complete their life cycle. They are more commonly found in the forms of mosses, some of which are found even today.

Pteridophytes appeared who had true stems, leaves, and roots but the way in which they differ from the modern plants are the absence of vascular bundles, xylem and phloem and seeds. The reproduced by the method of spore formation, mainly in water. E.g. ferns.

A major evolution happened around 150 million years ago with the evolution of ferns and bamboo groups that are still here today because it allowed these plants to survive well under little water supply conditions like what is found in deserts or forests where there may be occasional periods without rainfall.

The evolution of plants continued to grow and develop. The next was the coniferous trees which would come from a group known as ‘gymnosperms’. What’s interesting is that these trees are not related to true flowering plants, but instead they evolved their own method of reproduction in order to survive during cold winters when there was no sun or water available for photosynthesis. They did this by developing cones (and later seeds) with spores inside them.

They are the large forms of plants that we see today in which transport of water and minerals is possible due to the presence of developed vascular bundles- xylem and phloem. E.g. conifers, pinus, cycas, etc that we usually find in the upper hills with pin-pointed needles as leaves.

Finally, we have what we know today; more diversity and evolution happened after angiosperms appeared. They have developed four main groups: monocots, eudicots, rosids, and magnoliids. The evolution of plants then took a much more rapid form when the angiosperms emerged. These had flowers, seeds, and vascular bundles, and xylem and phloem which all helped them grow better in their environment as they got access to more resources for survival.

But evolution is never over! New plants are constantly being discovered every day; new information about plant evolution is always being found out, so it’s our job to keep up with the latest developments in order to understand how we humans may affect the future of these organisms for years to come!

Even now we still don’t know how the type of flower that became dominant in our world –the dicots– evolved from earlier types like the ferns and mosses which had similar structures for reproduction! This evolutionary timeline thus explains some things about modern-day plant life. These days, we see evolution occurring at an even faster pace than before – new species can be created within just ten generations!

Sachika Sharma is an experienced content writer who has worked in creating content across various niches. The amount and strategies of research is what delivers out and engaging content that can attract a huge proportion of readers from around the world and develop their interest.

Read all Articles by Sachika Sharma