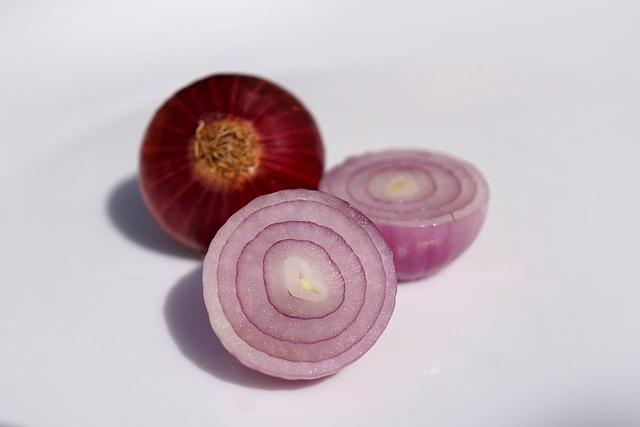 Why do onions make you cry?

We consume onions more than most other vegetables. They will surely be used in all three meals of the day in at least one dish. Using onions that frequent in a day meant weeping that often cutting them. So, let’s know what damn thing about these onions that is making not only the one who cuts them cry but also all around them. We will also know why onions acquired that offending faculty which irritates our eyes and how this mechanism proceeds. Gladly we can avoid running nose and inundated tears from red eyes while cutting onions with some instructions provided at the end.

Allium cepa (onion) is a herb which has undergone stem modification with scales (leaf bases) specialized to store food in the ground. The tip of the onion which we cut while we peel is its reduced stem. And the scales(leaf bases) are the ones which we consume. Modified stem of allium cepa(onion) is termed as a bulb which is of our concern now.

Bulbs grow underground which houses most small organisms. so, It has the threat of enormous predators. To combat its predators from falling prey it had developed its defense by the compounds which we would know later. When an organism attacks it, they will be affected as we get to while cutting onions. In this way the bulbs help them from depredation.

After decades of long research on onions, scientists had deciphered the process by which onions would form the eye conflagrating compounds. But there are no substances in itself that give us a burning sensation. Rather the latter is caused through a cascade of reactions emerging with a slash in its tunic. Plucked out of the ground, tissues of bulbs would also lie dormant with no functioning systems. Similarly an enzyme called lachrymatory-factor synthase in its tissues rests stable whose instability would fire a chain of reactions.

A knife tearing onion’s skin will bring lachrymatory-factor synthase in contact with air, which fires it to command a cascade of reactions. So, lachrymatory-factor synthase converts amino acid sulfoxides in the bulb into sulfenic acid. The sulfenic acid which is still unstable due to its molecular structure rearranges itself to form Syn propanethial-s-oxide. Syn propanethial-s-oxide is a volatile, lachrymatory agent which means one that stimulates lacrimal glands causing irritation. Being volatile it vapours into air and gets in contact with our eyes. The lacrimal glands sensing foreign compounds touching eyes produce tears to flush them out in defense. This is how onions make you cry.

How to avoid tears while cutting onions

1. Soak onions in water for 20-30 minutes. (Tears causing  sulfuric acid compounds will  be degenerated when soaked before cutting.)

2. Make sure that you are using fresh onions because the potency of the lachrymatory agents to run the process depends on their vivacity. Fresh supply would alleviate burning of eyes than stored for prolonged periods.

3. Cleansing eyes with cool water or placing cucumber slices on eyes would give relief to eyes quickly.

4. Switching your fan on also helps, as the flow of air would carry the compounds from remaining dense.