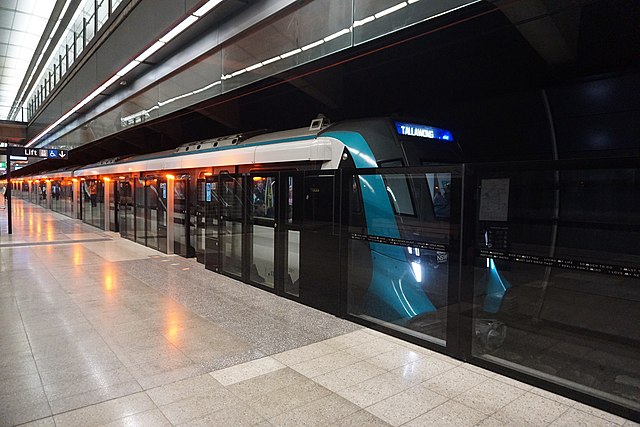 As technology progresses every day, the uses of IoT (Internet of Things) become more and more viable. Our homes and cars have already become smarter, with minimalistic human touch. Companies like Google, Amazon, Tesla, etc have already begun making the most out of this technology. With driverless cars being the future of driving, another mode of commute that will be largely affected by IoT is the railways. In this article, we’ll learn about how IoT is used in Driverless Trains and how it will revolutionize the field of trains and tracks.

In simple words, IoT means a network connection between the objects in the real life wherein they interchange data and information and operate accordingly. When it comes to the trains, IoT establishes a network between the tracks, the train’s operating console and the departing and the arriving stations, a similar kind of technology that can be seen in Delhi Metro Rail Corporation’s (DMRC) Magenta Line. The Magenta Line operates entirely driverless, not on IOT though, with operators to just oversee the entire process.

With IoT, operators can manage the train network more efficiently. IoT helps in identifying the passengers in each coach, the number of passengers waiting at each station. With the help of this information, it becomes easier to manage the frequency of the number of trains to be deployed and thus saves cost. Not only that, with the analytical data collected, trains can be prepared for predictive weather modelling in order to provide uninterrupted services.

Another way IoT benefits the consumers is by understanding individual consumer behaviour to make rides more comforting and pleasant. To aid this, many operators these days offer ticketing and commute information through mobile services. A prime example of this would be the NMRC’s (Noida Metro Rail Corporation) Aqua Line. The Aqua Line allows its passenger to book e-tickets 30 minutes in advance using their app. Future updates in the NMRC’s app intend to add the arrival and departure times of the trains in the app itself.

As of now, breakdowns in the middle of the tracks are very common. But in IoT, as the tracks are equipped with heavy sensors, any anomalies or faults in the trains can be detected at an early stage and thus breakdowns can be restricted to minimum. This will lead to the trains having a longer life, service costs being reduced and ensures that the service is top notch. Even though the world of IoT looks promising, it is a long shot at the moment. There are a few countries who’ve incorporated the technology into their daily commute networks and the results have looked very promising. It has helped avoiding congestion, saved running costs, reduced waiting times, improved mobility and has helped save the pockets of the consumers as well. No doubt, IoT is the future of not only the driverless trains or the commute industry, but the human race entirely.