How do Vaccines work?

Vaccines have been a gift to mankind. To make the vaccine, the bacteria or virus is either made weak or killed, so it can no longer cause the disease. Vaccines work by providing enough information to the body’s immune system to identify the harmful bacteria or virus and cause an immune response in the body.

When a vaccine is introduced in the body, immune cells try to fight it, however, it takes time for the body to generate enough immune cells to fight them. Once the foreign invader is eliminated, a few immune cells remain behind that are able to recognize and prepare the body for any attack from the bacteria or virus in the future.

Today, a number of vaccines are available that are regularly given to children in most countries of the world but the road to its discovery and use was a long one.

No one suffers from Smallpox any more, but it was a disease that mankind feared in the past. A person infected with smallpox had pus-filled boils all over their body and there was a 30% chance that you would die. If you survived, your body and face would be disfigured because of the boils. There were two variations of smallpox, one caused by variola major, that caused severe symptoms, and variola minor that caused the milder symptoms and had a higher percentage of survivors. 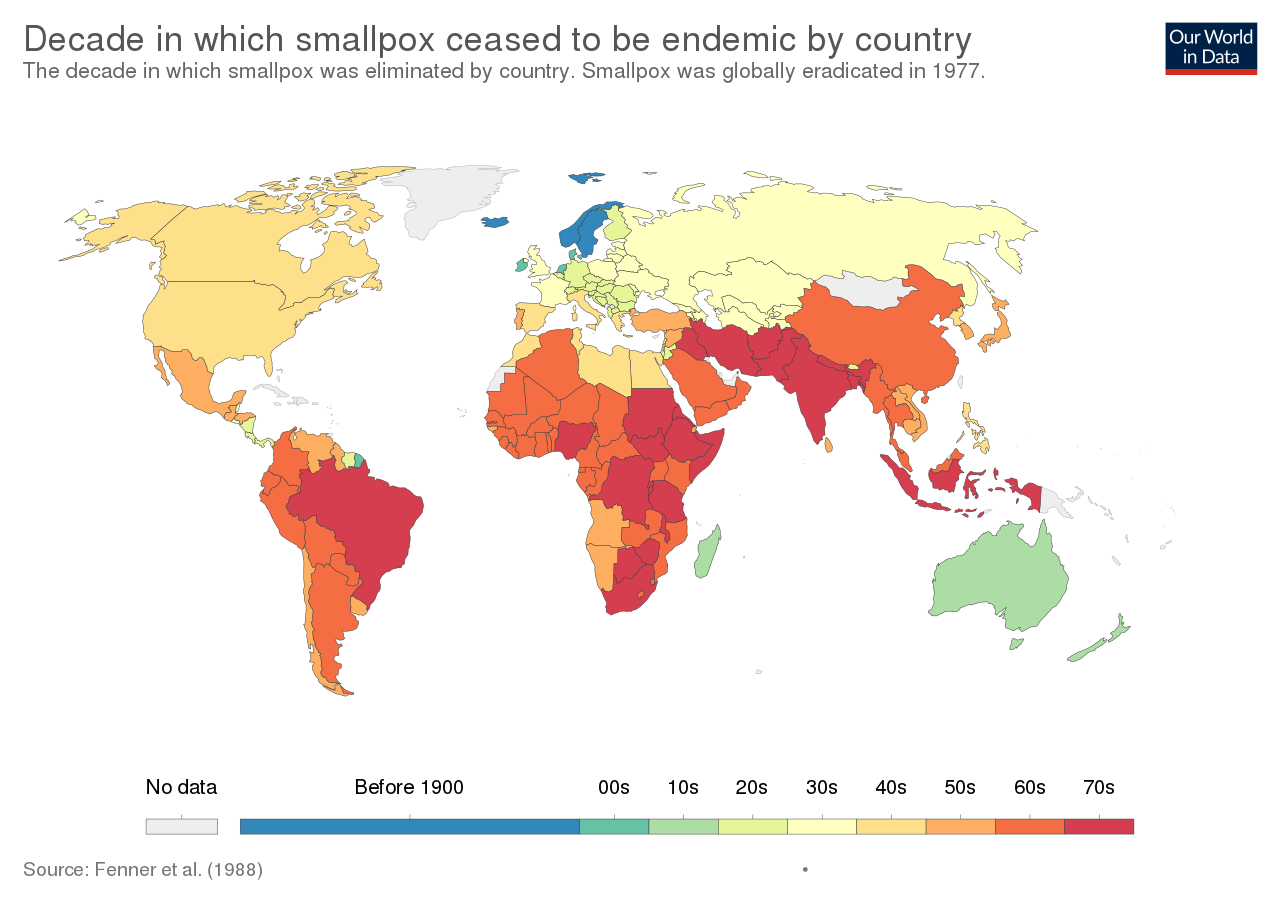 It was common knowledge that the people who survived smallpox would then become immune to it. Various civilizations of the world, including the African, Indian and Chinese civilizations practiced a method called inoculation or variolation, much before ‘vaccination’ became a thing. In this practice of variolation, pus from an infected person who had a mild form of the disease was taken and given to a healthy person, by scab wounds or through the nose. The healthy person would then contract a very mild form of the disease, recover, and subsequently develop immunity against Smallpox.

However, such practices of variolation were not performed in the West. In fact, many physicians refused to believe in it. It was not until Lady Mary Wortley Montague performed variolation for her children, did it become a popular procedure. Lady Mary Wortley Montague had lost her 20-year-old brother to Smallpox, she herself had been infected by smallpox which had disfigured her face, having heard about the procedure of variolation, she insisted on performing it for her kids. Word of this procedure spread, and after a few more successful attempts at variolations, it became an acceptable procedure to perform in England.

It wasn’t as if variolation was a hundred percent safe technique. It came with its own flaws. Around 2-3 percent of the people variolated would end up dying, but it was a much lower mortality rate than that if they had contracted the real disease.

In the mid 18th Century, Edward Jenner had overheard some dairy girls say that they would never get smallpox because they had got cowpox. At that time, it was believed that dairy girls were magically protected from smallpox.

Jenner thought about what he had overheard the dairy girls say for many years. After a lot of deliberation, he performed a somewhat questionable experiment. He took pus from a dairy girl who was on the way to recovery from a cowpox infection and injected it into an 8-year-old boy. Following this, the boy developed fever and discomfort, He fell ill for about 10 days but then recovered. A few months later, he injected the same boy with smallpox. This time around, the boy did not fall ill, and Jenner concluded that cowpox had definitely made the boy immune to smallpox. He chose to name this procedure as ‘vaccination’ from the greek word for cowpox vaccinia.

Today, vaccines are given regularly and on schedule to newborns in many countries of the world. Vaccines against Measles, mumps, rubella, tuberculosis, and many other diseases. A few years ago, the oral polio vaccine successfully eradicated polio from India. Passive vaccines that contain ready-made antibodies, or immune cells to fight diseases like rabies are also available now.

Modern technology has now provided us with new methods of making vaccines. We no longer depend only on live attenuated or heat-killed vaccines. There are newer types of vaccines being developed called DNA vaccines and recombinant DNA vaccines.

Characteristics of a vaccine

Making a good vaccine is not as easy as it sounds; it must fulfill a number of criteria:

1. A good vaccine must be safe, it must not itself causes illness or death.

2. A good vaccine must protect you from illness

3. The protection from the vaccine  must be long-lasting, up to several years

4. It should be able to generate an immune response in the body, including memory immune cells.

5. The vaccine should be low cost, should be biologically stable, should be easy to administer, and should have very few side effects

A number of things could go wrong while making vaccines, hence, they must be first tested on animal models and then on humans. The testing on humans takes place in the form of clinical trials. It has multiple stages:

In this stage, a few number of healthy individuals take part in the trial, and information regarding the safety and dosage of the vaccine is taken into account.

In this stage, hundreds of people volunteer in a double-blind placebo-controlled study, and information regarding the safety, efficacy, optimal dosage and vaccine schedule is taken into account.

In this stage, thousands of people volunteer and the vaccine is tested for safety and efficacy

In this stage, the government bodies are asked to review the findings from the vaccine study and give their approval for the administration of the vaccine to people in the real world

Once the vaccine is approved, its effects are closely monitored for 1- 2 years after they have been administered to people out in the world.

Right from identifying the disease-causing agents, experimenting on animals, then on humans, and finally getting it out in the market, vaccines typically take between 15-20 years to be developed.

How have Covid-19 vaccines been developed within a year when previously vaccines have typically taken 15 to 20 years?

This time around, a number of factors influenced the fast development of the vaccine.

The Sars-CoV-2 virus is structurally similar to the Sars virus that caused an outbreak in the early 2000s. Hence, researchers already had data about the virus, which they could build upon. Moreover, during the 2003 outbreak, vaccine development had already begun against Sars, which unfortunately had to be stopped after the epidemic was contained. Most importantly, in the current situation, researchers did not have to start from scratch.

Sequencing techniques have evolved tremendously in the past few years. What would typically take 2 to 3 years, can now be sequenced within a month. The entire sequence of the Sars-CoV-2 virus was sequenced within 20 days after the world was informed about the virus.

Unlike other vaccine development projects, massive funding has been made available for the Sars-CoV-2 vaccine. This speeds up the process tremendously, as researchers face no financial shortcomings in their work.

Clinical trials have been sped up. This is because a large number of people have been interested in signing up for the clinical trials. There has been no shortage of people for clinical trials. Based on the results of preliminary stage 2 trials, stage 3 trials have been performed after informed scientific decisions. The overlap between the phase 2 and 3 trials, and the massive sampling numbers taking place at different places throughout the world, have increased the reliability of the data.

Government bodies have approved the emergency use of the vaccine, which cuts down on the time taken for regulatory review. Considering the need of the hour, it is a necessary step to be taken. That being said, the long term effects of the vaccine are still being studied and vaccinated people would have to be monitored for at least 2 years after they receive the vaccine.

One should not be scared to take the vaccine. The process of vaccine development is very methodical and if it were unsafe, it would have been rejected during stage 1 itself.

1 thought on “The Past, Present and Future of Vaccine Development”