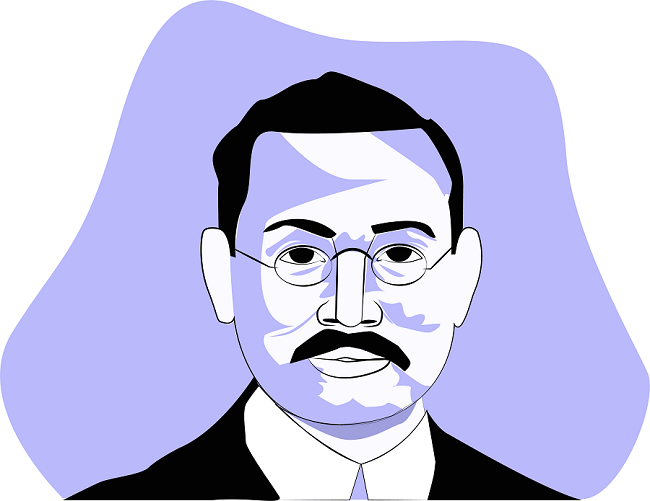 Indian science has always been the cicerone to the world. For a very long time, the western world has derived inspiration from the designs of the pre-historic and modern India. Everyone knows about P.C Ray, S. Ramanujan, C.V. Raman, Homi Jehangir Bhabha, J.C. Bose and their inventions; but there is one underrated scientist, whose inventions in the pre-independence era revolutionized the way we look at the modern India; his name is Shankar Abaji Bhisey.

Dr Shankar Abaji Bhisey was an Indian scientist and one of the most remarkable inventors of his time. He is most famously known for reforming the Indian printing industry with his revolutionary Bhisotype, a type casting machine that could cast and assemble 1200 different types automatically, which was one of the best at that time. What made Dr Bhisey special was the fact that the man was a natural talent, he never had any professional scientific training and started dealing in science and experimentation on his own from a very young age.

Dr. Bhisey was born 29th April 1867, a decade after the first sepoy mutiny against the unjust British administration. His father was the Sadar Amin of Surat, i.e., the native judge or the arbitrator of the district. Dr. Shankar was brought up in Mumbai (then colonial Bombay), where he spent his childhood reading Scientific American Magazines. He received most of his training from those magazines only, a fact that he revealed years later. When Dr Bhisey grew up to be fourteen, he fashioned an apparatus that could make coal gas. By the time he was 16, he had decided that he wanted to pursue science at a broader level and moved to London for the same. For a very brief period of 1890-95, Dr Bhisey worked on optical illusions where he would demonstrate the transformation of one solid object to another. But, due to financial instability, he had to come back to Bombay.

In his 20s, Dr. Bhisey founded a scientific club for young minds like that of his. With the things he learnt at that club, he was able to design a lot of modern gadgets including tamper-proof bottles, electrical bicycles contraptions and a station indicator for Bombay’s suburban railway system. He shot to fame when his Grocery Weighing Machine won him an inventor’s competition organised by a British investor’s journal. The news of a young Indian inventor who knew his way around machinery and had defeated some fancy British inventors spread like wildfire. Investors from all part of the country gathered to provide him with all the resources he needed.

The administrators at Bombay realised the kind of talent Dr. Bhisey possessed and they decided that it would be best if he be relocated to London. Upon his relocation to London, Dr. Bhisey met Dadabhai Naoroji, a nationalist colleague. Dadabhai Naoroji was very well endowed and seeing the potential in Dr Bhisey, he decided to invest in his inventions for the national cause and thus began the golden period of Dr Bhisey’s inventions.

During his stay at London, Dr Bhisey managed to design a special electronic signboard for the Crystal Palace in London which was later adopted by the local stores in London, Wales and Paris as well. He further patented a dwell machine which was used in various type casting machines all across England. His other inventions included kitchen gadgets, a telephone, a machine that cured headaches, and an automatic flushing toilet. His advance thinking and his experimentation with electric equipment made hisfellow scientists honour him with the title of ‘The Indian Edison’.

His most iconic invention was the Bhisotype, a type cast that was way ahead of its time but he failed to commercialise what was supposed to be his masterpiece. This led him to be a bit disappointed. Throughout his career, Dr Bhisey had around 200 inventions and 40 patents to his name. This also included an early prototype to a push-up bra. The miscarriage of his masterpiece and the World being at war (World War 1) soon led him to be depleted of all resources, both financial and physical and thus he was forced to compromise his research, post which he lost his touch. On 7th April 1935, Dr Bhisey took his last breath but not before laying the foundation of what is supposed to be science in modern India.

Rithika hambad is an illustrator at Starry Stories and is currently pursuing her graphic designing course. She is willing to explore & learn lot of new things in the field and Her goal is to create a new artwork style of her own.