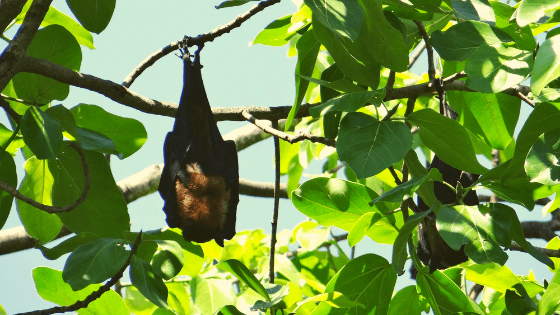 Nipah virus is undoubtedly the most searched word in Google for the past few days in India. The advent of this viral infection has become a huge epidemic among the brains of the common man. What exactly is the Nipah virus?? According to W.H.O. Nipah virus is a newly emerging zoonosis that causes severe disease in both animals and humans. It is commonly called as NIV meaning Nipah virus infection.

What is the form of Nipah?

Like how HIV stands for human immuno virus there is no such acronym for Nipah. The name has been originated from the place where it’s first outbreak to place.

Where did the first outbreak take place?

To make a point clear Nipah virus infection is not a new disease. It is a rare deadly emerging disease that already has an outbreak in 1998 in kampung sangai Nipah, a place in Malaysia, this is how the name emerged. In 2004 the cases were recorded in India which has been spread to India in West Bengal from Bangladesh.

How is Nipah virus transmitted?

The outbreak in India is seen in Kerala where the people take in a traditional drink called “toddy” which is prepared from the raw date palm. Infected human beings it is transmitted through bodily fluids black blood in saliva. All these acts as carriers for the virus where as pig act as both a carrier and an intermediate host.

The infection ranges from fever, influenza-like symptoms of encephalitis and endocarditis.

In some cases, symptoms like atypical pneumonia, acute respiratory syndrome and severe respiratory problems appear. In rare cases severe encephalitis and seizures which progress to coma within 24 to 48 hours. The incubation period is 4 to 14 days sometimes as long as 45 days.

Common blood tests along with ELISA

Intensive supportive care is the best possible treatment available as of now.

Preventive medicine (genus epidemicus) is available and also curative drugs are available homeopathically since homeopathy treats the person as a whole and each individual is treated based on symptoms.

The people should not be panicked and the persons with the above symptoms should be admitted into hospitals immediately since there are good advancements In medical care in this advanced age.

How dangerous is Nipah virus?

The fatality rate of this virus is 75 to 100%. Out of every 3 people attacked 3 have been dead till recent times. There are really 500 old cases recorded worldwide during its first outbreak in 1998.  So we can clearly say that this is not a new virus instead of its newly emerging virus.

What is the difference between Nipah virus and the viruses that have been recorded in the past?

Common symptoms like dengue, dengue shock syndrome and bleeding similar in all those viruses that we encountered in recent times. In addition to this encephalitis, lethargy and fatality are seen in this viral infection.

What are the special cares is to be taken to prevent the spread? Special kind of care like the isolation of the patient suffering from this viral infection, taking the past history of the patient of any viral attacks, then the source of infection is to be known and the area of the infected patient should be given some precautionary treatment.

What are the reasons for the outbreak of viral infections since the past 3 decades?

Various viral infections like Zika virus, Swine flu have been widely spread in past time. The first and foremost reason behind this is the viruses being mutated and attained the tendency to resist and are newly emerging. Second thing is that development in the medical infrastructure to identify the viruses. The third point is social media which is getting the news close to the public creating awareness among them.

This virus is on the WHO (World Health Organization) list of Blueprint Priority Diseases.

It is an RNA virus belonging to the family Paramyxoviridae.

It almost tops in the ranking of the most fatal viruses in the fresh incidences.