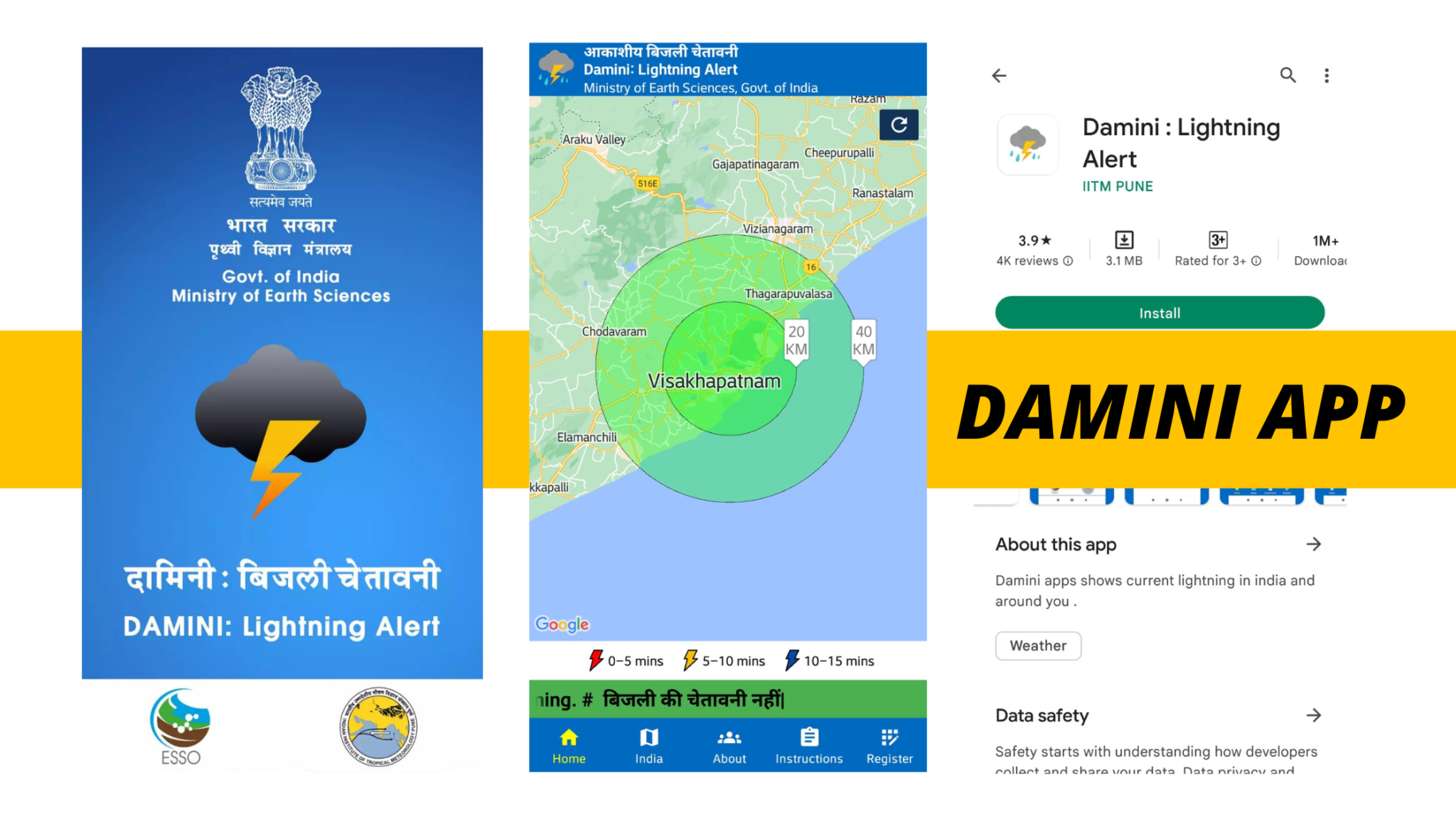 Damini App is a free mobile based application that can warn people about the lightning strikes in advance and can prevent people from dying due to the lighting. 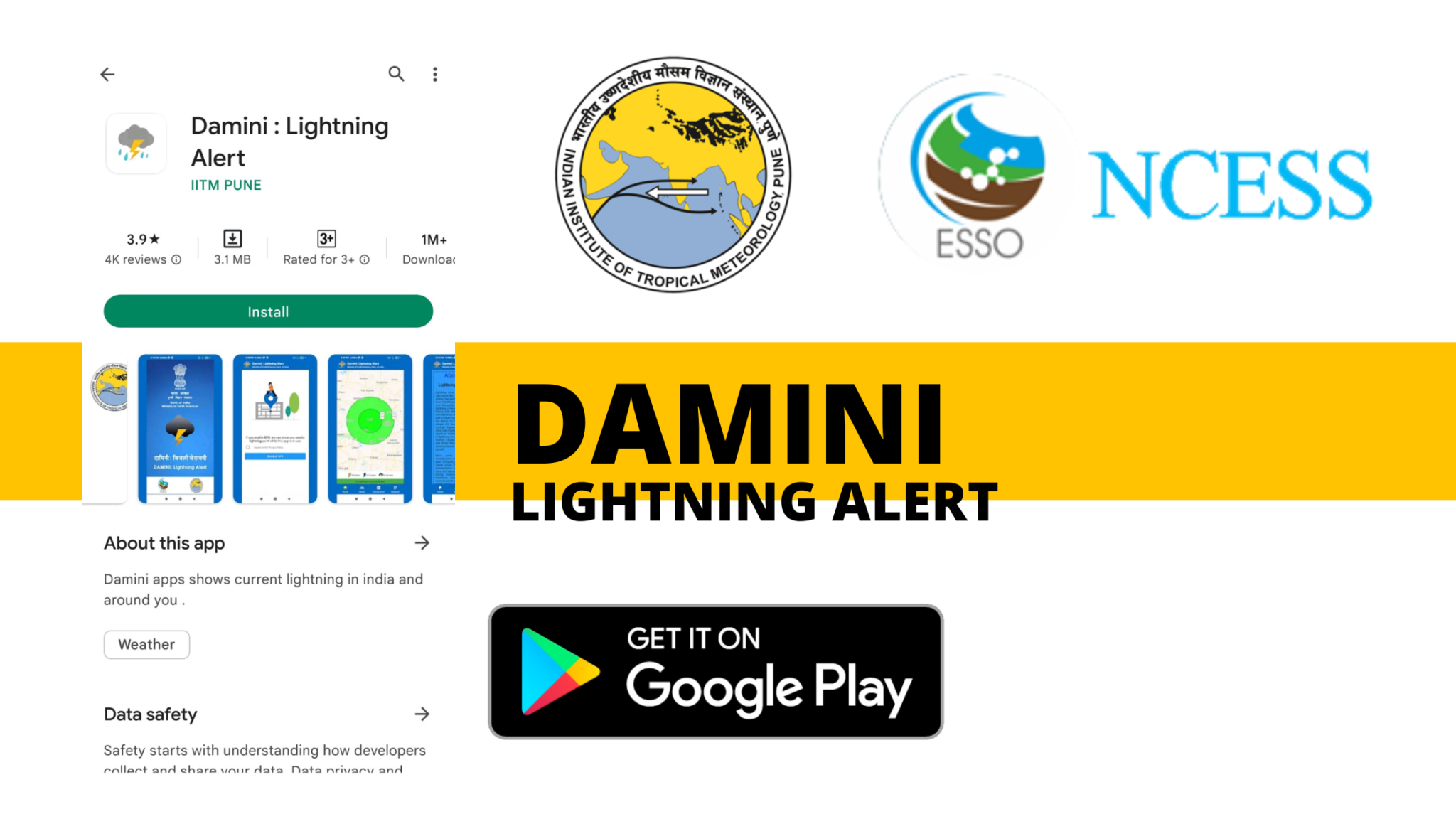 Lightning strikes in India are likely to increase every year due to the rising temperatures and air pollution in the atmosphere. The rapid urbanization, aerosol particles in the atmosphere and the loss of tree cover create favorable conditions for the lightning. 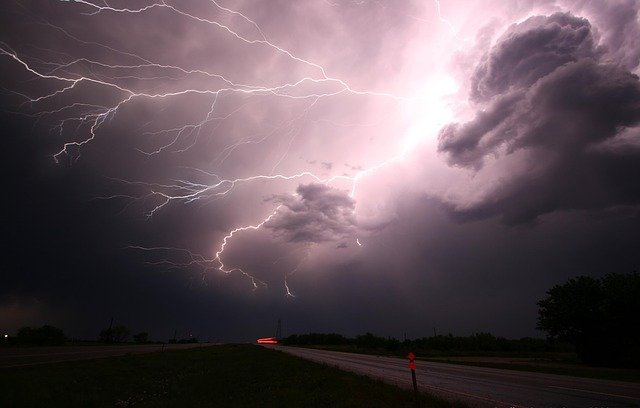 States like Bihar, Madhya Pradesh and Uttar Pradesh have seen severe lightning strikes this year and many people have even lost their lives due to the lightning. In order to address this problem, Indian Institute of Tropical Meteorology along with Earth System Science Organization have come up with an app called as Damini.

Who launched the Damini App

The Damini lightning app was launched by the IITM- Indian Institute of Tropical Meteorology, and ESSO- Earth System Science Organization, under the Ministry of Earth Science.

This lightning app was launched by the Vijay Bhatkar, eminent scientist and chancellor of Nalanda University, on the occasion of 57th Foundation Day Celebration at IITM in Pune.

It took two months for the IITM to develop this app and they handed it over to the respective state government. According to scientists, this app will be more effective when the disaster management teams from various districts and states engage in spreading awareness about the app so that people will get to know the importance of the app and start using the app to protect themselves from lightning.

How does Damini works

The Damini lightning alert application designed to give warning to the user about the lightning on basis of the their location. The users can also view the lightning which occurred within 5 mins to 15 minutes on the map of the app.

The IITM the autonomous institute in Pune, under the Minister of Earth Sciences has installed lightning location network with about 48 sensors in different states across the country and which are connected to central processing unit at IITM Pune.

The 48 sensors are mostly installed in the Himalayan foothills and North- Eastern states which usually experiences lightning strikes. This network provides exact information about the lightning strikes and the thunderstorm paths with the help of sensors which are installed in various areas.

More about Damini and its Benefits

To protect yourself from lightning strikes you can download the app in your phone. It’s a free app which can be downloaded from Google app store. The name of the app is Damini: Lightning Alert, app size is 3.1M and this can be installed on any android device running version is 4.2 and up.