Trees are one of the largest living things on the earth. We get our mass from the food that we eat, but where do plants and trees get their mass from? They get it from the air. People did not believe this very simple answer before photosynthesis was common knowledge.

In the past, most people believed that trees got their mass from the soil, others thought that trees grew in size by absorbing all the water from the soil through its vast root network. To find an answer to this question, Jan Baptist van Helmont conducted a very simple experiment in the 17th Century.

He carefully weighed a pot and planted a willow tree in it. He took care of this tree everyday for the next 5 years and made sure that nothing else but water was added to the pot. He also made sure that none of the soil was tampered with or flew away in the wind. At the end of the 5 years, when he weighed the tree, he saw that the tree weighed almost 74kgs, while on the other hand the soil had lost only about 57 grams in all of those 5 years. During those 5 years, he had only added water to the pot, so, he concluded that the tree absorbed all the water and that the tree’s mass was made up of water. But, he wasn’t completely correct. 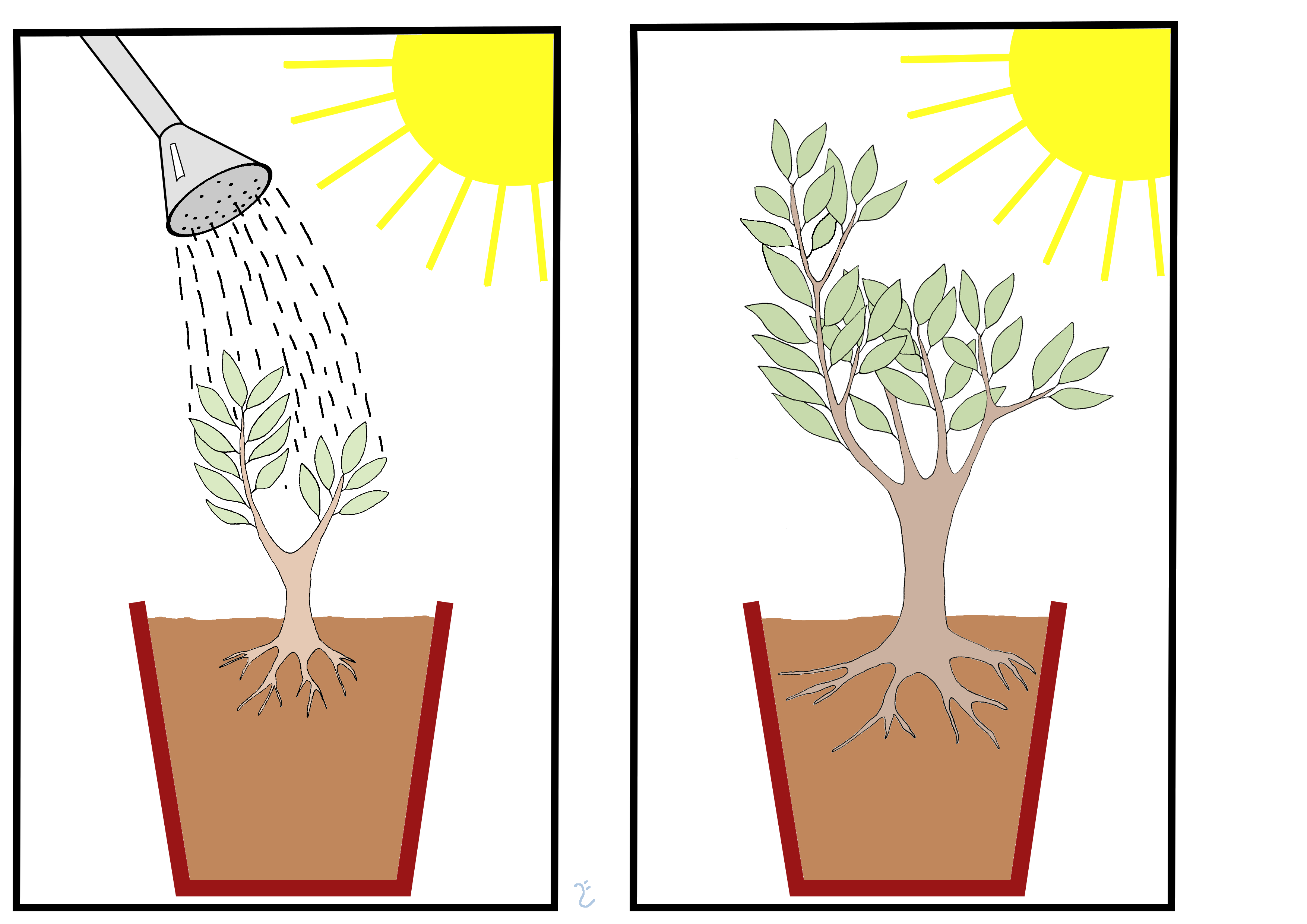 Carbon and mass of the tree

Don’t we say that 70% of our bodies are made up of water? This is true for plants as well. But then, why have I tried convincing you that the mass of the tree comes from the air?  Let us look at this diagram

Only carbon is left behind.

The carbon that is left behind is used to make glucose which is what eventually gives the mass to the tree. When a plant has glucose, it can do two things with it:

Around 500 glucose molecules attached to each other in a particular manner make up starch. When there are 1000 or more molecules of glucose, cellulose is formed. Cellulose is very rigid material. Starch is stored in seeds. Plants use cellulose to make its trunk, stems, and leaves strong and increase the size of the tree. Since the primary component is carbon, we can say that plants and trees get their mass from the air.

What do trees get from the soil?

If plants get its mass from the air, why do they need soil? It is important to note that the soil provides a place for the roots of the plant to anchor down. The soil also holds water and minerals that are absorbed through the roots.

How Do Trees Get Their Mass?

Plants and trees get their mass from the air.

3 thoughts on “How Do Trees Get Their Mass?”