Hexagons in Nature: Patterns and Geometry are everywhere in Nature, From beautiful flowers to the nests of honey bees we can see beautiful math everywhere. Engineers and Scientists often get inspired from nature and invent new things by biomimicking and reverse engineering.

Among all these patterns and geometry, one shape has particular significance that is the Hexagon. From footballs to primary mirrors used on the James Webb Space Telescope  Hexagons are Everywhere.

In this article, we will see why nature prefers hexagons and what are some man-made structures that use hexagons. But first lets see what makes hexagons so preferable mathematically.

Hexagon (Hexa meaning 6 and gon means angles) is a six-sided polygon whose internal angle is 720 degrees. The reason why nature prefers hexagons is that hexagons fills the plane with equal sized units and leaving no wastage of space. 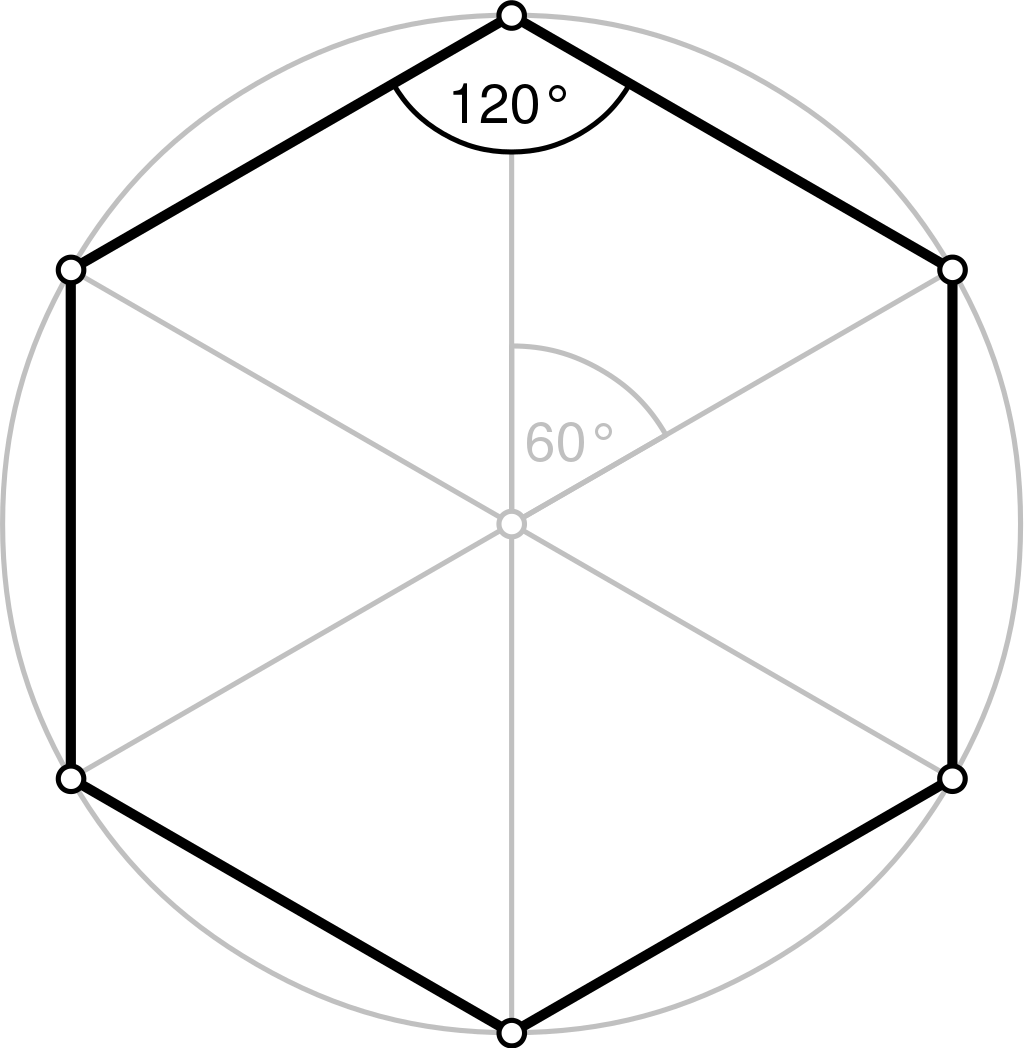 The 120 degrees angle of hexagon also minimizes the perimeter of the given area when compared to other shapes such as squares and equilateral triangles.

Now that we have understood why nature prefers hexagons, lets see where we can find Hexagons in Nature

Hexagons are present everywhere in nature from hives of bees to the shape of snowflakes.

Bee Hives, honeybees make their hive with wax. Bees need a structure that should be easier to build with less wax (bees have to consume lots of honey to produce wax ) and that could hold more honey. Bees excrete wax from the glands beneath the abdomen, after that they chew and knead the wax. They use their body to heat up the wax which helps in moulding it easily by lowering its viscosity into a circular shape. 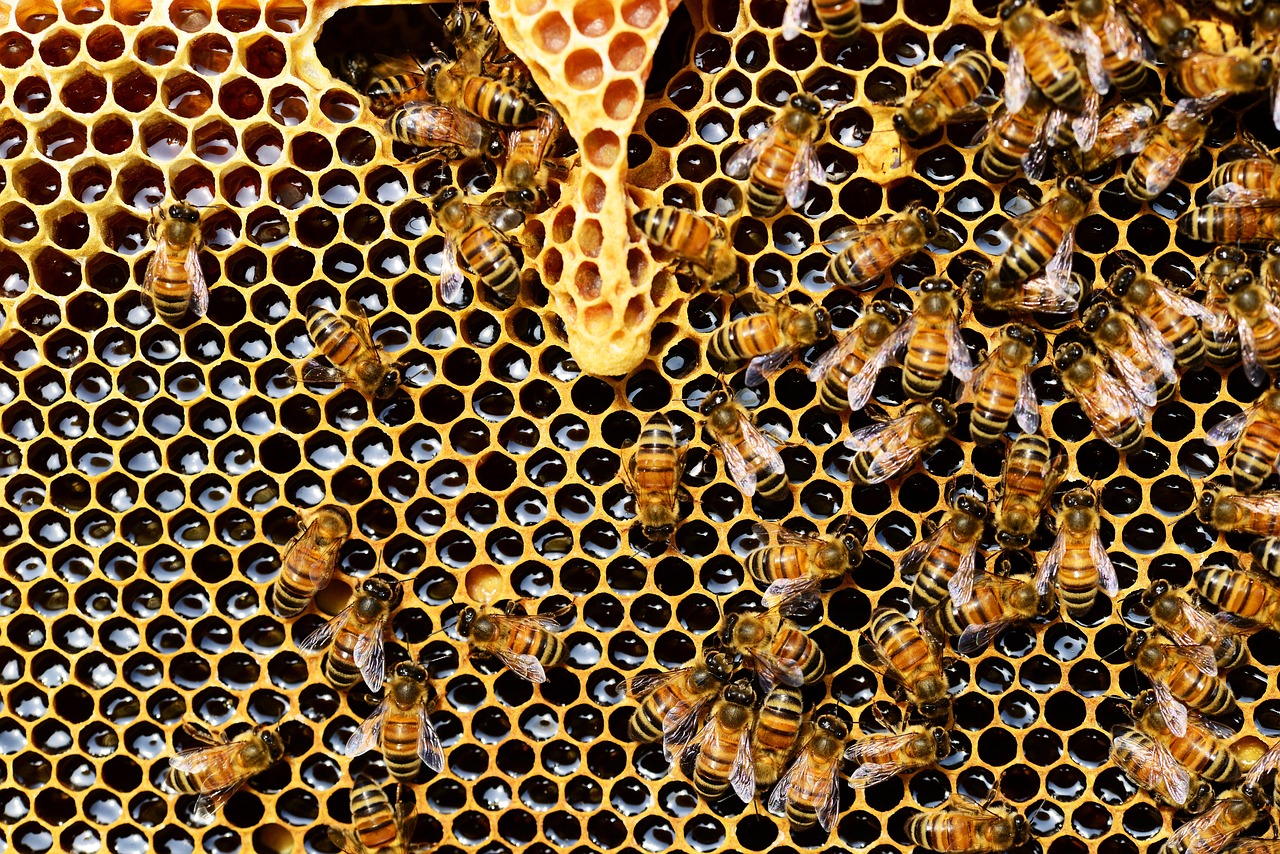 The shape of the hive is circular when it is being constructed, which will be at higher temperature. As the wax cools down, they get converted into hexagon due to the attraction and surface tension of surrounding walls. This is just similar to water bubbles that form a hexagonal shape due to surface tension of water. When we blow soap solution through a hoop we get spherical bubbles, why are soap bubbles spherical, but not any other shape. In the soap bubble, the liquid molecules that are present on the surface will pull the surrounding molecules closer such that more molecules can be occupied in a small surface area. So, the molecules will obtain a spherical shape.

Now if you try to place the bubbles on a flat surface, you can see that it is a small hemispherical shape. Now blow another equal sized bubble along the 1st bubble you can see a flat intersection between the two bubbles. Now the third bubble will form a 120 degree angle between them, if you keep on adding more bubbles you can clearly see that the intersection of the bubbles creates a hexagon, where the forces on the flim are balanced. 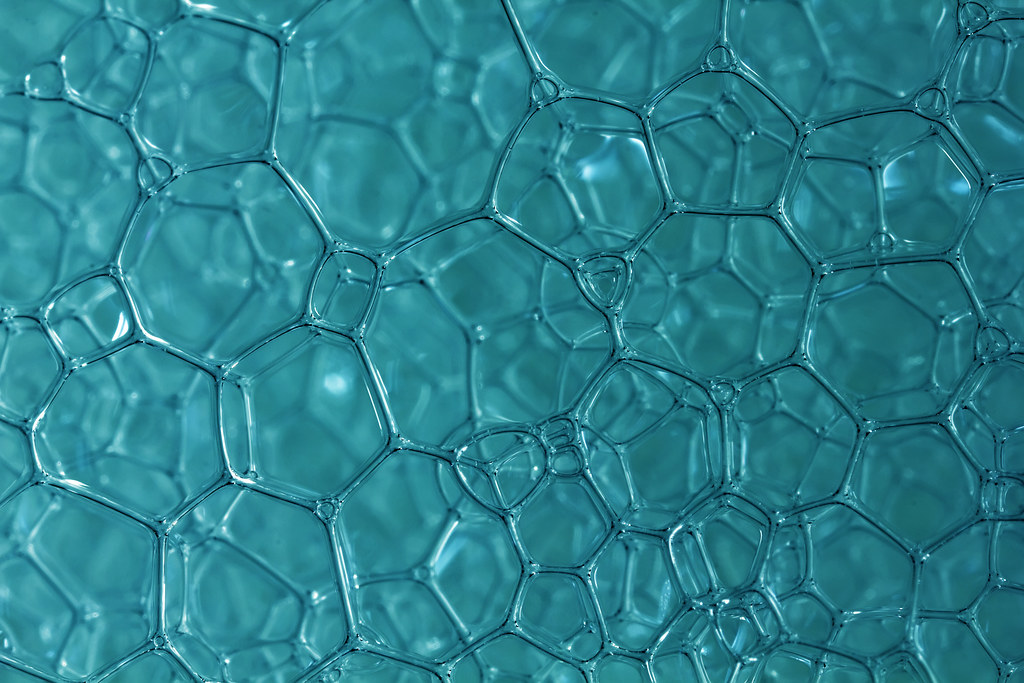 The eyes of bees and dragon flies are hexagonal. As the hexagonal shape has maximum light-sensing area, with minimum cell wall. They allow maximum amount of light to enter eyes which gives a better vision. Humans eyes also have hexagon shape receptors in the eyes, the photoreceptors i.e., rods and cones are in hexagon shape. A snowflake is formed when water molecules join together to make a rigid shape. The water molecules combine more molecules, they extend and form a rigid crystalline structure i.e., hexagon shape. Sometimes we can see snowflakes with 12 sides, when two snowflakes grow together. 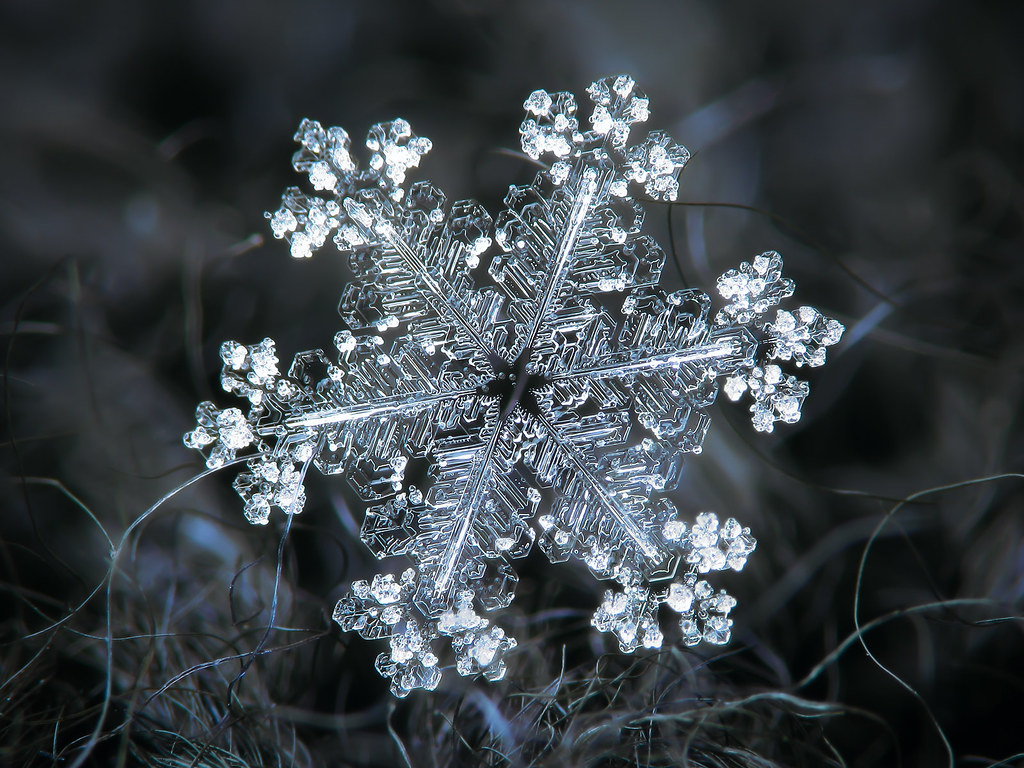 In our solar system, there is a very large hexagon on Saturn. This hexagonal shape is on the north pole which is a stream of atmospheric gases moving at a speed of 300kmph. Some claim that it is a storm that has been over decades on Saturn. The size of the hexagon is twice the diameter of earth. 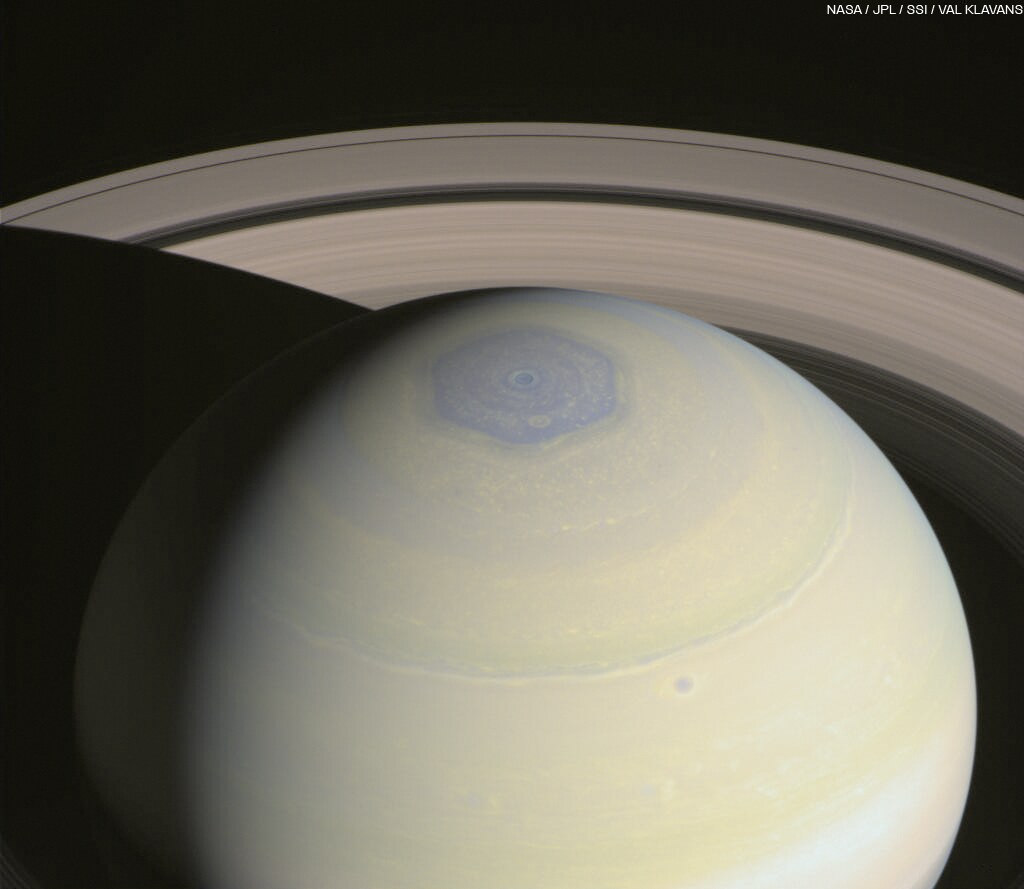 The pencil lead is formed when carbon molecules are arranged in a hexagonal shape in a flat sheet called graphene. 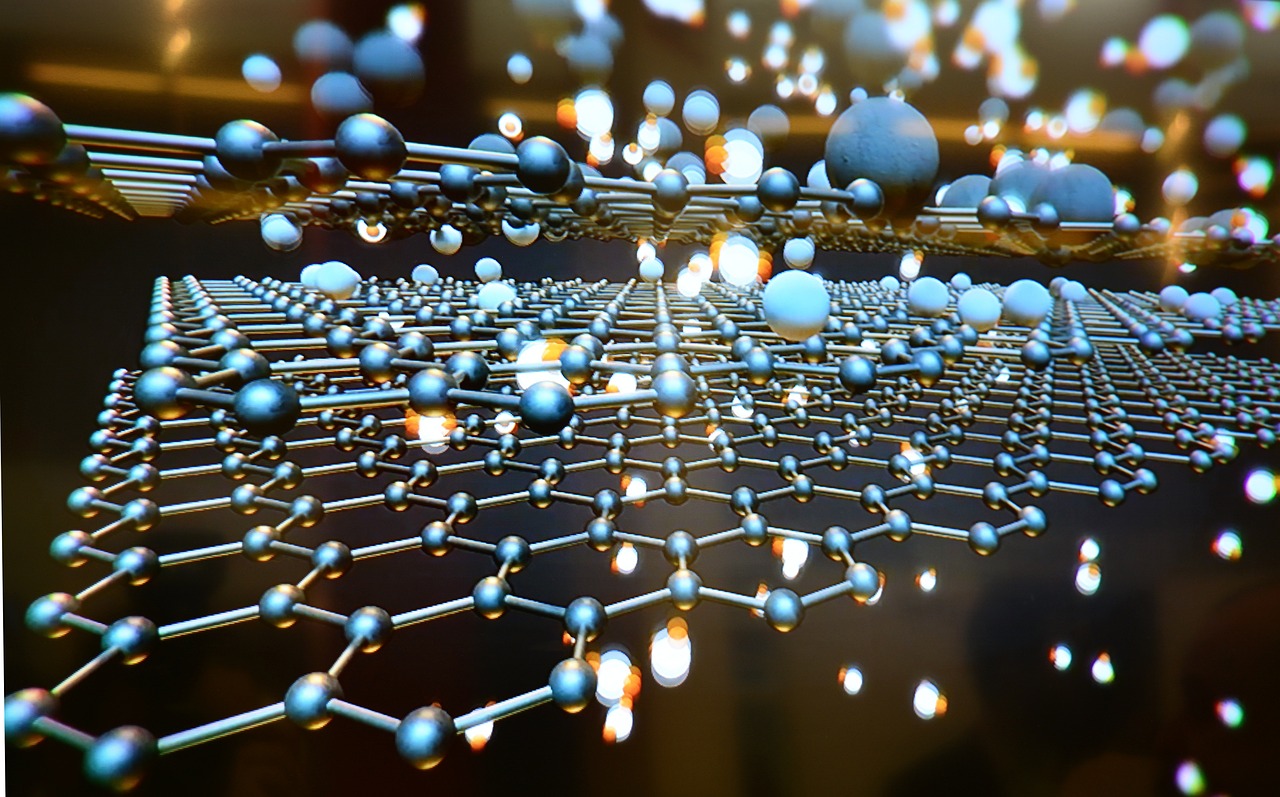 Benzene is a aromatic compound which is composed of 6 carbon atoms joined in a planar ring with 1 hydrogen atom attached to each of the carbon atoms. The arrangement of carbon atoms in the benzene molecule is hexagonal.

The hard shell of the turtle with different patterns are called the scutes. The scutes at the centre of some turtles have hexagonal shape which packs the area tightly to create more patterns on the shell. 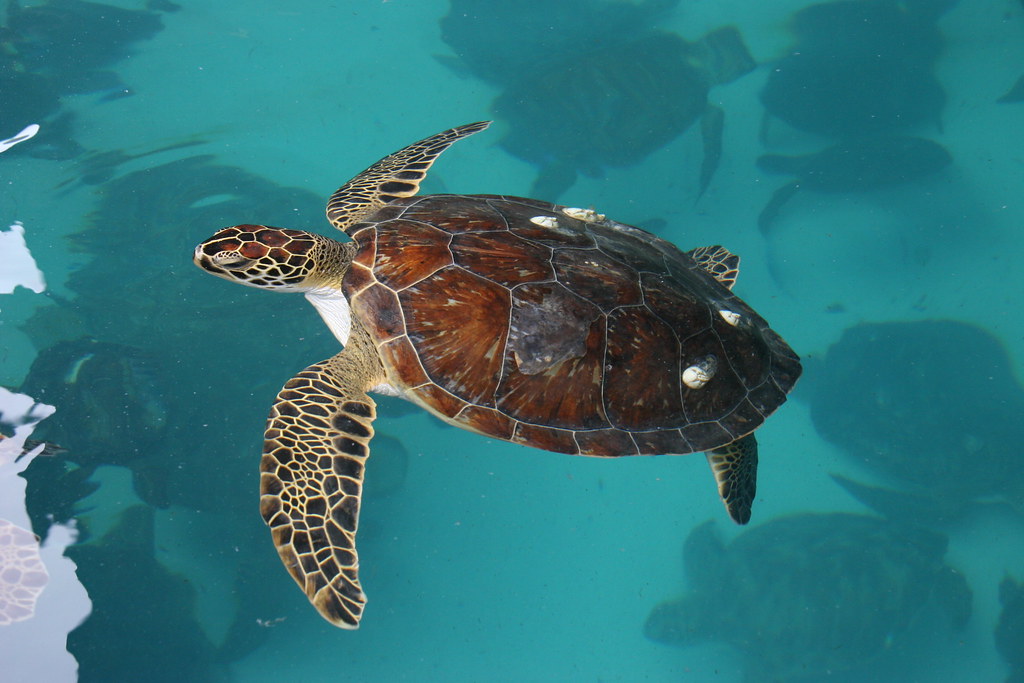 From footballs to aircraft frames, humans have been using hexagonal shapes in everyday life.

A football has 12 pentagons and 20 hexagons stitched on rather than a single piece of rubber. This is done to maintain the spherical shape of the football when it is kicked. It also improves the aerodynamics of the ball. 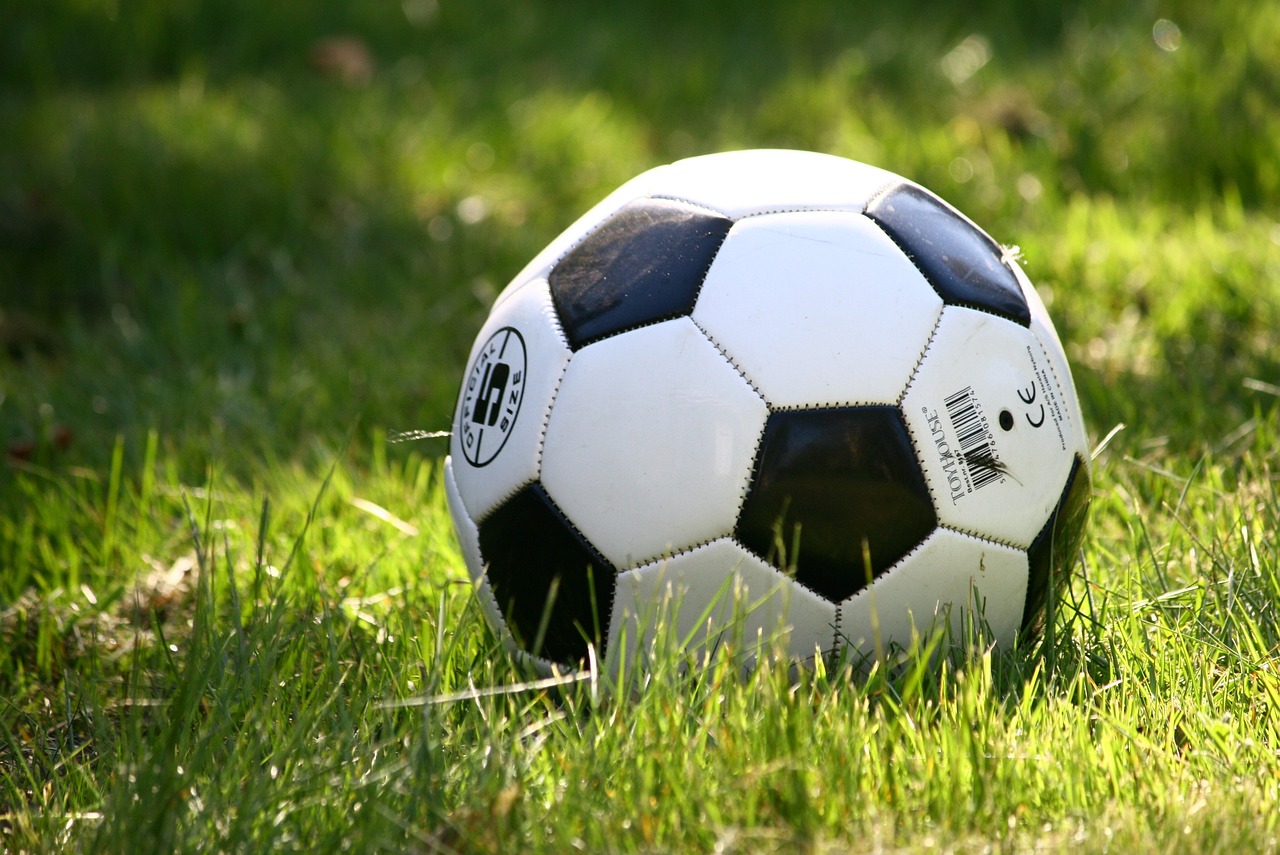 Nut and bolt with hexagonal shapes

The nuts and bolts which are in hexagonal shape have many advantages: they are universal standard, they can be fastened or tightened quickly, and they can be accessed at angle which provides the space to move the tool.

The primary mirrors used on the James Webb Space Telescope are hexagonal mirrors. Scientists choose this shape as it has many advantages like it can be folded and unfolded easily, there will be no gaps left between the mirrors, and it can receive a large amount of light.